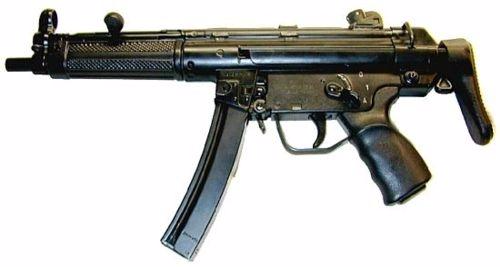 The world we live in today is far different from the one that our Founding Fathers were born into. We have different problems, different technology, different ways of life. The standards that they had set up for us no longer apply. They did not foresee the evolution of technology and as such, did not foresee the consequences of letting the people have the right to own guns. In modern times, people don't have the need to own guns that Americans did in the late 1700s and early 1800s. Nowadays, we have a police to fight crime, an army to defend their people, and a navy to defend its waters. Back then, Americans didn't have those things. The people was its army. The people was its police. The needs back then and the needs now are very different. As a result, the same rules should not apply. We need to accept this and change the laws. We can't just keep holding on to the old ways and beliefs when the world will move forward with or without us.

Unfortunately for the United States, gun violence crimes are higher here than the rest of the world. An American is 8 times more likely to die due to a gun than someone in Switzerland and 34 more times likely than someone in the UK. That says something about our abnormally high gun violence crime rates. The fact of the matter is that with guns so easy to acquire, each purchase is potentially another tragedy in the works. According to BBC, in 2015, 13,761 people died from a gun. That means roughly 38 people died a day in the United State. As a country that takes pride in our safety and power, that statistic is extraordinarily horrifying. We can't keep living like this anymore. Each day we wake up could be our last.

Our lenient gun laws have contributed to this problem. The steps we take to assure responsibility and control the sale of guns is not enough. We need more thorough background checks and we need to take steps to make sure that the information we receive also includes a current evaluation of the person’s psychological state. We need to make sure that they are completely and totally sane. Those with mental disabilities or are just not sane should not be able to purchase guns. Also, we should make sure that the person is not a drug user or alcoholic. In addition to these stricter and more thorough background checks, we need to control the types of guns that people buy. No one needs a fully automatic assault rifle or a shotgun. These guns simply do not have enough of a purpose to be acceptable for civilians to own. I hope you consider the topic with the proposed solution in mind.

gun issues
Published on Nov 6, 2016
Report a problem... When should you flag content? If the user is making personal attacks, using profanity or harassing someone, please flag this content as inappropriate. We encourage different opinions, respectfully presented, as an exercise in free speech.
Newbury Park High School

Ocean Pollution is a real problem and is caused in large part by agricultural run-offs. Something needs to be done to regulate or prevent agricultu...

I strongly believe that the future of this country will be significantly impacted by the way our government handles this national crisis and I tru...

How does a movement about injustice against black people affect everyone in the nation?

Keep the Government out of Heath Care

How and why government regulation and provision of Health-Care cannot work in America.

Gun Violence is out of control and we need to help those mentally challenged who provoke gun violence in this country.

Why We Need Guns In America

Citizens in America need to be able to carry around guns.