First of all, congratulations! Being a president is not an easy thing to do, so I have a lot of respect for your willingness to run this country. However, I have a few questions about how you plan to run this country regarding education. Education is so important in our society today, but if we don't get the opportunity to have one due to unfathomable costs, then how can this society be successful? Lowering the tuition for college would make such a significant impact on our education system. Please consider what I have to say.

Today, the average cost of tuition at a nonprofit private school is around $32.5k, which is an increase of over $20k since 1976. This should suggest that income has increased over these years to accommodate these costs, but that's simply not the case. In fact, median income rates in the United States decreased by 8% between 2007 and 2013--a time when college tuition costs continued to rise. If college costs were cut and more students had the chance to attend, then they would be able to work to make more jobs available to everyone.

According to an Edward Jones survey, at least 83% of students today say they're unable to afford these outrageous costs. That means that over 20 million people don't get the opportunity to live a successful life. All American citizens have the rights to life, liberty, and the pursuit of happiness. How can these rights be fulfilled if over three-fourths of the population between the ages of 18 and 24 can't afford to even have the chance?

Even in households with incomes as high as $100k per year, this cost is hard to pay. Only 37% of students in high-income households report that they're able to afford the entire cost of college tuition. Even members of our society with considerably more money than others cannot afford to pay these prices. So many people count on scholarships to help them make it, but these funds wouldn't be necessary if college costs were simply lowered. There would be no need to invest money in scholarships for students, but everyone would still end up paying the same amount as they would have with the scholarship. 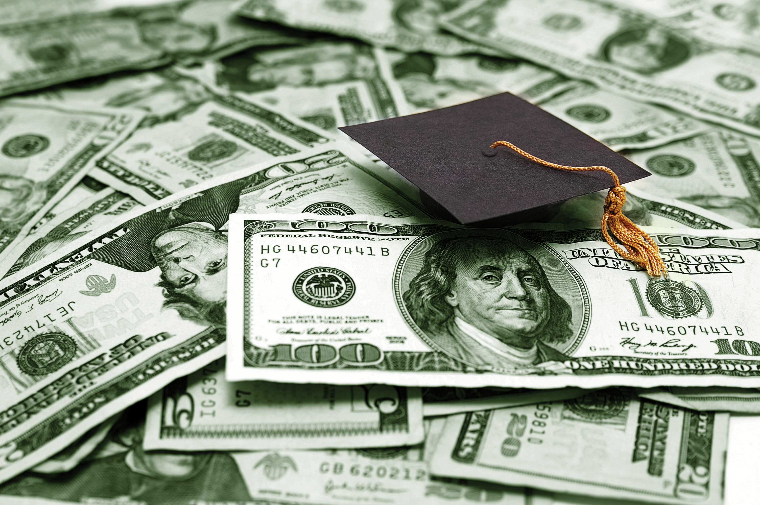 the problem with debt

Because there are countless numbers of adults unable to afford college tuition on their own, financial aid is omnipresent. With so many people vying for the chance to get some sort of scholarship, not everyone receives one, and those who do not often turn to loans. In fact, 34% of financial aid provided to students is made up of federal loans. However, these can sometimes do more harm than help. Trying to enter a new job fresh out of college can be daunting, especially if there are thousands of dollars of student loans looming above.

The fix to this problem is so simple: if college costs were lowered in the first place, none of these debts would be necessary and recently-graduated students would be able to put their newly-earned income toward places other than paying off debt. This, in turn, would also bring much-needed assistance to our economy.

why education is so important

One statistic that will never change, however, is that all people deserve a fair chance at an excellent education, no matter the numbers in their bank account or where they came from.

Education Costs college
Published on Nov 3, 2016
Report a problem... When should you flag content? If the user is making personal attacks, using profanity or harassing someone, please flag this content as inappropriate. We encourage different opinions, respectfully presented, as an exercise in free speech.
Nipmuc High School

Schools Put Too Much Pressure on the Students

Schools all across the U.S.A give students way too much homework and pressure them to succeed. Eventually students just do homework to get it over ...

Why and how we should end poverty.

The consequences of the increase of college tuition.

Education Availability for Our Future

Colleges in this country are too expensive for most of those applying. Providing more financial aid options across the United States, as well as s...