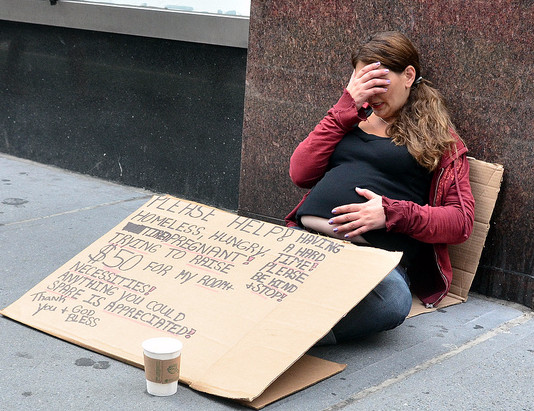 Abortion is a difficult subject. I can understand both pro-life and pro-choice sides. Though I am for pro-choice, I think that it is important for a woman having an abortion to fully understand what it is they are doing to their unborn child. The decision to have an abortion should ultimately be up to the parents of the child. In some cases, there might be an unwanted pregnancy. A woman who can not care for a child, either because of wealth or another reason should not be kept from terminating their pregnancy. I would like to have the choice when I am older. If I am pregnant, and not ready to bring a child into my world yet, I don't think I should have to. Also, I think it is cruel to be forced to bring a child into the world if it will be hard for them to survive because of a medical condition.

I think that women should have the right to choose to have an abortion or not. I also think that there should be an abortion center in at least 70% of US counties. I think this can be done by putting more tax dollars into hospitals, and requiring each to have an abortion clinic. I think this will solve the distance problem. Also, I think that there should be a counseling session required, but not one that involves trying to change the woman’s mind, but instead to talk about what it will be like after the abortion is performed, and how they can come through without having depressed thoughts. I think these combined will help the country’s pro-choice law.

abortion
Published on Nov 7, 2016
Report a problem... When should you flag content? If the user is making personal attacks, using profanity or harassing someone, please flag this content as inappropriate. We encourage different opinions, respectfully presented, as an exercise in free speech.
Baker ELA

In the US, you have the power to end the pay gap between women and men and finally overcome gender discrimination.

These days, student loans are quite high, total in the US is near 1 trillion dollars worth of just students repaying there College Tuition they hav...

College costs too much. People can't afford to go to college and get the important education that you get from college.

The common underlooked crime that's is storming the states.

In this letter I tell the president to try and confront Russia.

The law I see that is unjust is abortion and there is more meaning than the debate over choice and life.

Abortions in the U.S.

Protecting the Mother, or Taking a Life?

Pro-choice. Abortion has been an issue for many years and people are clearly divided on it. A woman should have the right to choose.

The Criminal Act of Abortion

A plea to stop abortions.