In Southern California, most of the cars run on gasoline, which will pollute the environment over time if no one does something to benefit the environment.

In New Jersey, people can fill up their cars for cheap. But now, it won't last longer just because Chris Christie has signed into law a new tax that, starting on November 1st, will raise gas prices by $0.23 cents a gallon, effectively putting New Jersey on a par with the rest of the country. I know in fact I always have rode cars mostly every day and see them all the time. It is a detriment that the added revenue will go toward repairing the state’s ailing infrastructure and refilling the Transportation Trust Fund, whose depletion had led the governor to order the emergency shutdown of hundreds of projects to improve roads, bridges and rails. This done in case if New Jersey wants to prevent the level of pollution to exceed the limit of what it's supposed to do. 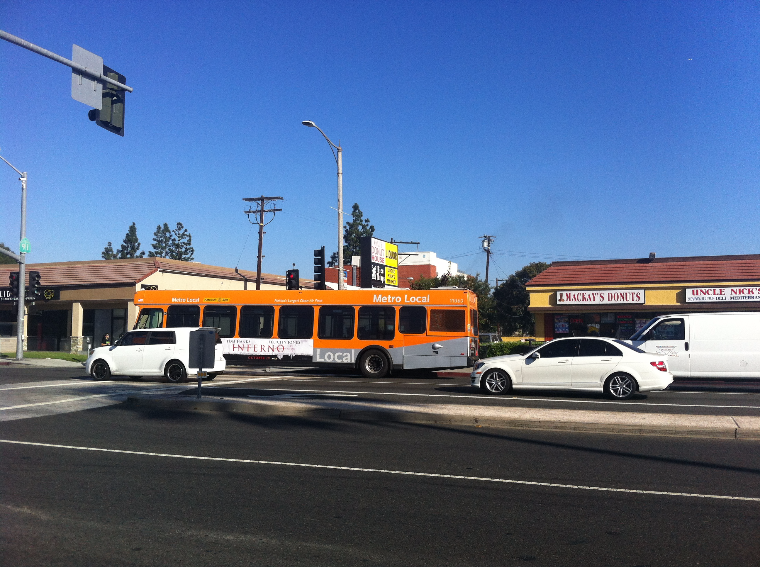 In Southern California, gasoline prices have been up and down in recent years. But the detriments to that are increased pollution levels as a result of their particulates, and I petition this to the point I want increased gas prices, to the hope more people would go on the bus. In South County, there is little to no bus service at that region and I want to change that. Due to the abundance of these types of detrimental toys, the Orange County Transportation Authority and other neighboring transit companies are trying to make their fleet clean! But still, gasoline cars are all over the place for the whole time! After all, the tax on gasoline fuel must be increased so people would buy natural gas more than this type of dirt everyone would use every day when they don't care. By the time clean air fuel is implemented for all people in the world, gasoline fuel should've been banned under these new developments all around the world.

The detriments to gasoline aren't enough compared to diesel just because it's cheap over the former subject, and yet, I want more than just to ride diesel buses... I want them! I know how I get on the bus and ride it as I know how beneficial these large vehicles are compared to those common automobiles of the 21st century. When no one intervenes to maintain pollution levels, the whole world would start to heat up, getting the most energy as long as it doesn't try end the world. Increasing gas prices are one of the ways how to cope with their problems with the Chinese and the world itself in order to keep up with the EPA standards and to preserve a healthy lifestyle for all people in the world.

So now, you and your future president have the opportunity to develop the technology designed to control emissions standards and then prevent the growing powers of global warming, hard enough so that the world along with its people can live much longer and have an everyday healthy live they can live on for the foreseeable future. But still, I want more than just to ride diesel buses! I want them!

I know that Metro has a clean air fleet, but unfortunately, contractors like M.V. Transportation still have diesel buses. I have ridden the diesel Orion VI buses which were manufactured in late 2000 and had started service in July 2001. These diesel buses serve the basis of their long-awaited problems of pollution, even though they must need them if they want to resist change to their fleet while almost everyone drives gasoline cars! And I have been aware that the diesel buses in Southern California are starting to become weary as many transit companies try to get rid of them as far as I know, due to the growing demands of automobiles running on gasoline. I have been opposed to such automobiles, even though there are small gasoline buses used for para-transit purposes.

pollution environment Gas Prices cars bus
Published on Nov 7, 2016
Report a problem... When should you flag content? If the user is making personal attacks, using profanity or harassing someone, please flag this content as inappropriate. We encourage different opinions, respectfully presented, as an exercise in free speech.
La Quinta High School

Having less time in school

Too much education can take time away from other things

Why we need Free Health Care

Free Health Care is more beneficial than most think

Equality has been an issue forever, and it's time to change that for the better of all in the US and everywhere else.

Animal has been going on for quite a long time. It needs to stop. you can help fight this war. By getting others peoples attention. The animals ar...