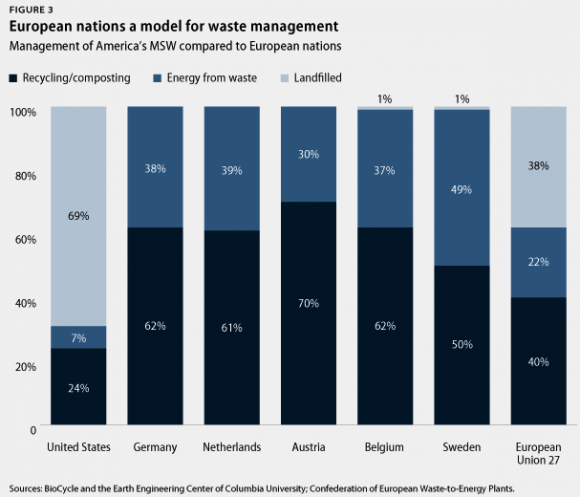 If you hadn’t known already, every 8 seconds, a child dies from contaminated water. Why is that so? Pollution. That is solely the reason why anything’s dying, really. Not only is pollution killing off species and our own kind, they are taking up land masses and disrupting the economy. Therefore, I believe that there must be immediate action against pollution, else our planet will undergo a serious and detrimental transformation.

Pollution isn’t much of a problem for other countries, so much is it a problem for ours. America only takes up 5% of the world population, yet we produce over a third of the planet’s waste, stated from Roddy Scheer, Use It and Lose It…(paragraph 2). It is mind-boggling that our population is such a small fraction compared to other worlds, yet we, individually, produce ⅓ of a 5%, whereas other countries combined produce ⅔, at 95% of the rest of the population. These statistics make a rather embarrassing factor about our country and that you as our leader of the United States must enforce new laws to stop this apocalypse.

“America is not very creative when it comes to handling waste”,Stephen Lacey, Look at How Much Waste America Puts…(paragraph 1). This statement literally defines America’s view on pollution in the country; we only see it as something that won’t affect our lives. Because of this, we leave out 69% of our waste to landfill, as shown in the picture I have provided. Do you see what it shows? Yeah, we take up over 69 times the amount of landfill most countries have, and that other countries are recycling their waste precisely to the point at which pollution has been eliminated. Recycling sounds like a fun idea, huh?

Recycling may be our only best chance at eliminating waste and saving our country from over-pollution. Rinkesh, author of Are Benefits of Recycling Worth All The Effort? states, “Scrap cars, old bottles, junk mail and used rubber tires...Recycling allows all of these junk items to be used over and over again so that new resources do not have to be exploited. It conserves natural resources such as water, minerals, coal, oil, gas and timber”(par. 3). He argues that the many resources that America drains from our and other lands can be reused and recycled. This demonstrates big companies don’t need to pillage for resources like oil, which broke laws and created a tremendous amount of waste within the ocean. Rinkesh also states, “Throwing the trash away creates some six to seven jobs at best, where recycling can help create close to thirty jobs”(par. 4). He essentially claims that the working industry is mainly to blame for pollution, and if they were to change their ways, our planet and our economy can be saved. Days such as “National Recycling Day”, “once every month, an individual is to recycle as much plastic as possible with increased pay for it”, something only you as our next president can enforce.

Our land, our planet, is being drained of its resources and being trashed on as if it’ll all go away if we just ignore it. Well it really doesn’t work that way, and if we continue our ways, our planet will become a mere barren wasteland for our future generations. If we act now, we can reduce waste, strengthen our economy, and create a beautiful environment of our country. Therefore, I implore you to take action. As a boy scout I am obliged and feel the need to pick up the litter all around, but many others do not do so. Please enforce new laws and protect our environment. Once you do so, I believe our future will shine much more than our current situation.

pollution economy
Published on Nov 8, 2016
Report a problem... When should you flag content? If the user is making personal attacks, using profanity or harassing someone, please flag this content as inappropriate. We encourage different opinions, respectfully presented, as an exercise in free speech.
La Quinta High School

The Dakota access pipeline is a perfect example of how corporate greed is placed above the concerns of people and the environment.

Immigrants finding a way to move to America, for a better life.

College tuition is too high, and that needs to be changed.

The gender wage gap is an issue that can no longer be ignored. Women lose a significant amount of money as years go by with the 23 cent deficit the...

A Lot of people are smoking and some of the people are dying from smoking.

I think the president should allow illegal immigrants to stay in the U.S.

If we don't find a solution now the damage will already have been dealt.