People are dying every year, month, week, and sometimes every day. It is not good; we are losing our beloved friends and family from this one problem. From what you may ask? Racial Discrimination, Racial Discrimination is when a person is treated less favorably than another individual in a similar situation because of their race, color, descent, national, or ethnic origin or immigrant status, according to the Australian Human Rights Commission. It is something that happens in almost every day in our nation, and it needs to be stopped, altogether.

To begin with, every person should be proud of who they are no matter what race or ethnicity they carry in their blood. Adults should be able to walk around without getting inspected for drugs, weapons, etc. or even worse, shot by law enforcement. This is what we call "Racial Profiling." Racial Profiling is discriminatory practice by law enforcement officials of targeting individuals for suspicion of crime based on the individual's race, ethnicity, religion, or national origin, according to Racial Profiling: Definition, by www. aclu.org. Racial profiling, is only one of the reasons of racial discrimination. One reason that matter most to us all, because of how big it is.

Police officers commonly pull over innocent people based on their race or ethnicity. This is called institutional racism, another example of Racial discrimination. Institutional racism is a particular "group" being targeted and discriminated against because of the public policies that are based on racial prejudices, as said by Lauren Gallow. An example of this would be when a police officer pulled over an African-American driver because of this race. According to Amy Mostafa, a recent data collection shows that Berkeley cops had pulled over more Latinos and African-Americans than any other race. This goes to show that racial profiling is a big issue.

One gas station clerk called 911 because a customer had been looking suspicious. The customer was simply there to buy something, and not cause any trouble, yet the police inspected him to make sure. This is another example of racial profiling. If someone does not cause trouble or cause a crime, is it right to call the cops on them? No, it is not. There has to be a good reason for calling the police in the first place. There should be evidence of that person committing a crime, and eyewitness can never always be true.

Now, that you have gotten all this in your head, what are you going to do? Well, to start, you should enforce the laws to your police. Why? They need to realize that discrimination, in general, is unlawful and morally unacceptable. Also, give the Law Enforcement more training, 3-5 weeks is not enough for police to understand certain things. As George Bush has said, "Racial profiling is wrong, and we will end it in America." Now, it is your job to minimize the problem, as much as you can. 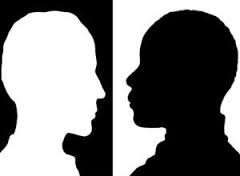 racial discrimination racial profiling Racism discrimination
Published on Oct 19, 2016
Report a problem... When should you flag content? If the user is making personal attacks, using profanity or harassing someone, please flag this content as inappropriate. We encourage different opinions, respectfully presented, as an exercise in free speech.
Creekland Middle School

We need to end organized crime in the United States of America.

Taxes in the United States

The many problems with the tax system in our country is doing a lot of harm to individual lives, and the economy as a whole.

This is a problem that needs to be dealt with.

Racism is getting worse and worse everyday, and somebody has to put an end to this.

It's time to change our perspective and create equality for all.