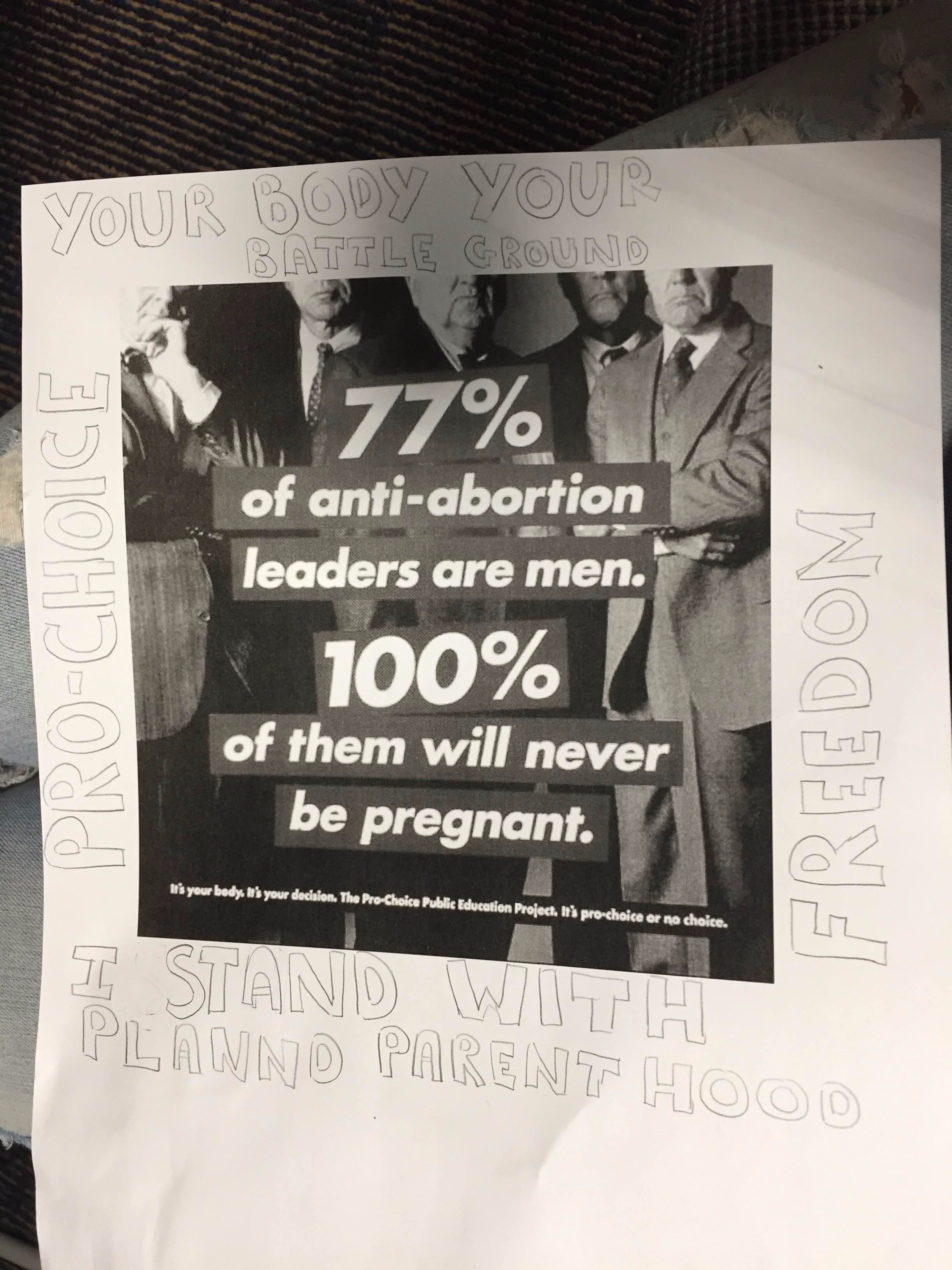 Isn’t it nice that a woman has the ability to pick what she wants to eat for lunch? Maybe she’ll have a cheeseburger or maybe a salad. If a woman chooses the cheeseburger you don’t see a bunch of vegans protesting to make eating cheese burgers illegal. Not to desensitize abortion by comparing it to cheese burgers, but it’s the right of a woman that shouldn’t be dictated by the US government. In simple terms it’s the freedom of choice. Abortion should stay legal in the United States. Why would the leader of the free world make a decision that would oppress the women of our nation?

Raising a child is a financial and emotional commitment. A women should be allowed to make the choice in relation to their age, financial stability and relationship security. If a pregnant woman wants to make the decision to not bring a child into her life at that time she should have every right to do so.

The unfortunate reality is that even if abortion were to become illegal women would still pursue other options. In the country Chile where there is an extreme ban on abortion, statistics show women decide to take matters into their own hands. According to the Ministry of Health, in Chile more than 33,000 women are admitted to the hospital every year for abortion-related causes. Many of these are related to complications arising from unsafe abortions. The Ministry of Healthy states that the evidence is clear that banning abortions in all circumstances does not stop abortions from happening. All it does is force women and girls, particularly those with few resources, to seek back-door dangerous treatments which put their lives at risk. Women shouldn’t be forced to endanger their lives while trying to make a decision they feel is right for them.

Abortion is a moral argument and is open to personal interpretation, I understand aborting an unborn child clearly contradicts certain religious views but that does not mean the population of the US should be forced to follow those particular views. The government has no right to enforce religious views onto the republic, therefore the US government has no right to make abortions illegal.

abortion women's rights
Published on Nov 8, 2016
Report a problem... When should you flag content? If the user is making personal attacks, using profanity or harassing someone, please flag this content as inappropriate. We encourage different opinions, respectfully presented, as an exercise in free speech.
Lewis S. Mills High School

One Size Fits Some- Fix Immigration

We have misguided views on world cultures, we fear the unknown. By isolating ourselves, we strengthen those fears, until we separate. Fix this issu...

The purpose in the inform the future president about Genetically Modified Food and why they should be labeled.

This video will discuss the types of immigration. The types of Jobs that legal and illegal immigrants in America. And also the percentage of the fo...

My topic is Women's Rights. I will be discussing things like Education and Salary.

This is my letter to the next president addressing the issues related to women's rights, specifically rape.

Why abortion is needed

Abortion leaves a bad taste in many people, but many only view the down sides instead of it's uses.