Lately, there has been a lot of controversy over necessary minimum mandatory sentences. Stories, such as, Brock Turner’s have created a lot of outrage across Americans. I am writing to address the issue of our unfair minimum mandatory sentences. It is unfair to have people who have committed small crimes, receive similar punishment to those who have done even worse things. I encourage you to put time into changing the mandatory minimums so that the punishments actually fit the crime.

Many people were upset when they heard about the minimum sentencing for things like rape compared to drugs. A person who possess some drugs has a minimum sentencing of 5 years while a rapist can have as little as 4 years? In special cases like Brock Turner, who served 3 months of prison, they have even less jail time. According to an article by The State Press, “ In the U.S. today, there are over two million individuals sitting in prison. Our jails are maxed out: some are exceeding 100 percent occupancy. Many people sit in jail today for minor offenses like having marijuana in their back pocket during a traffic stop”. If it wasn’t for minimum sentencing, all these people who have minor offenses could be trying to get real jobs or be in rehab to help themselves but instead, they have to up jail space that can otherwise be used for people who have committed major offenses.

Another big issue is mandatory minimum sentencing for young people. Many young people have to go through mandatory minimum sentencing which can alter their growth. The Fair Sentencing of Youth Organization stated, “In 29 states, once a young person is convicted of a particular crime in the adult system, he or she must receive a sentence of life without the possibility of parole. Regardless of circumstances—be it mental health status, history of trauma, or amenability to treatment—neither a judge nor a jury has discretion to consider a less extreme sentence. This is especially egregious in the case of youth sentenced to life without parole, given their capacity for change and growth, but mandatory minimums are both prevalent and problematic throughout the criminal justice system”. If people have serve jail time for a long time, it will stop their growth mentally and it will be hard for them to pick their life back up after they leave. Many of these kids most likely didn’t committed a major offense, such as murder, but they have to face punishments that may affect their whole life.

In conclusion, the next president has to make a step towards fixing the broken mandatory minimum sentencing system. This is affecting many families and youth in the US and it will continue doing so if you do not act on it now. We should not have our jails filled with people who have done little things while letting major criminals running around on the streets. Changing the mandatory minimum will give people a fair punishment and youths a chance to get better afterwards. 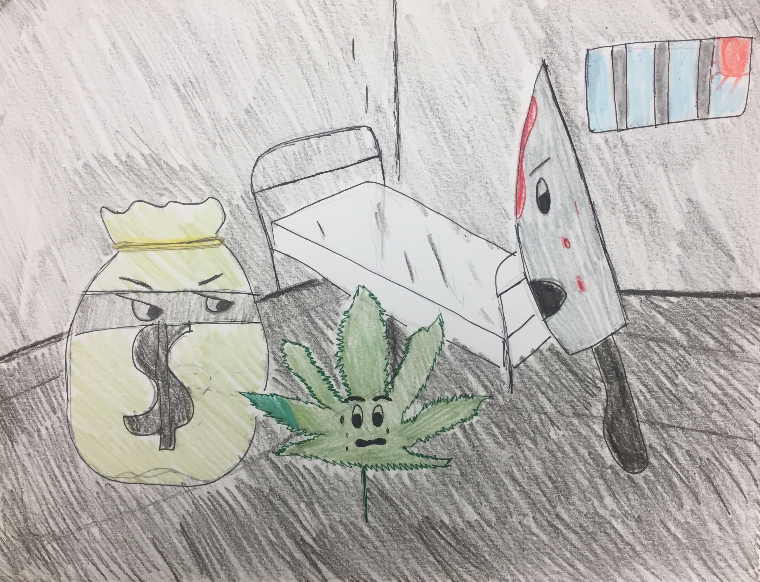 justice system incarceration marijuana legalization equality rape
Published on Oct 10, 2016
Report a problem... When should you flag content? If the user is making personal attacks, using profanity or harassing someone, please flag this content as inappropriate. We encourage different opinions, respectfully presented, as an exercise in free speech.
Bernal Intermediate

The false perceptions on immigration.

The legalization oof cannabis and how it would help the economy..etc

Everyone Student Deserves an Equal Platform

Students with visa's who have spent a major part of their educational lives in America, should be treated equally when it comes to paying for colle...