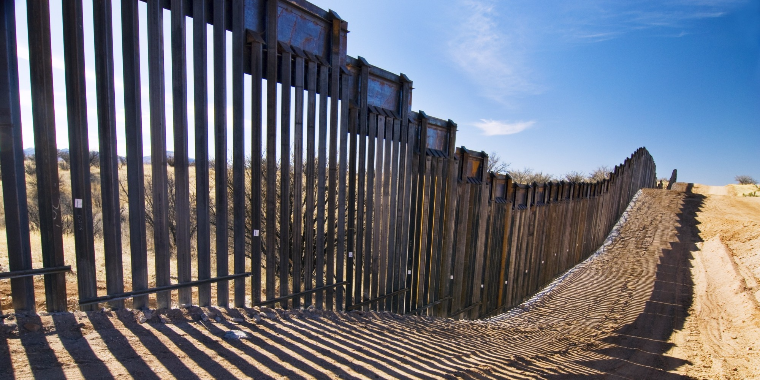 The United States is a nation of immigrants. We have always welcomed people from other countries seeking freedom and a better life. However, I believe that a serious problem that we face today is illegal immigration and border control. Illegal immigrants are crossing the border every day from Mexico into Arizona, Texas, and California, and these people are stealing jobs from hard-working Americans.  According to The Washington Post, 11 million illegal immigrants live in the U.S. today. Because of this, American families are losing jobs and are being forced to live under tough conditions. We need a president that will enforce border laws and stop illegal immigration. We need a president that will save our jobs and keep us safe.

Our southern border isn’t the only problem. There are terrorists coming from the Middle East who want to destroy our country.  According to Amnesty International, 4.5 million refugees have left Syria due to the civil war. These refugees are crossing the Syrian border and traveling into countries such as France and Germany. They deserve a chance for a better life, but we can’t tell who are our friends and who are our enemies. We need a president that will prevent the enemies from getting into our country and improve national security. Americans want to feel safe, and they deserve a president who will ensure their safety.

Many people from other countries enter the United States and live here illegally. We do not have enough jobs to provide these people with work! According to Rice University, Americans lose 730,000 jobs to illegal immigrants each year. America is the land of opportunity, and the next president must create more jobs for everyone who is a legal citizen of this country. We don’t deny immigrants, but welcome them. My grandfather legally came to the United States from Holland 60 years ago and started a successful nursery business. More people deserve the opportunity that he had! This country needs a president that will make it easier for people to become legal U.S. citizens, so they can have a better life.

In conclusion, we need a president who is going to be strong and not afraid to face any challenges. In the world today, we are faced with many issues, such as illegal immigration and border control. The next president must be able to solve the illegal immigration crisis and keep us safe. The next president must be able to protect jobs for legal Americans. This can be done with strong border control and clear rules for U.S. citizenship. It will be hard to do, but it is possible.

I look forward to seeing how America develops and grows over the next couple of years.

immigration
Published on Oct 23, 2016
Report a problem... When should you flag content? If the user is making personal attacks, using profanity or harassing someone, please flag this content as inappropriate. We encourage different opinions, respectfully presented, as an exercise in free speech.
Greenwich High School

Many students around the world are getting very stressed out about homework. Since you are the president of the United States, I hope you will unde...

Immigration: A Colossal Issue to Address During Your Term

Although I myself am not an immigrant, both of my parents are, and I feel that immigration is a key topic that, as President, you have to address ...

What we need to do with immigrants.

Immigration should be a way to take those who do wrong, and not to separate families and deport those who make America better.