Is the gun the “killer” or is the individual behind the gun the “killer?” According to http://gun-control.procon.org/, the United States has roughly 270,000,000 guns, which is about 88.8 guns out of 100 people. Gun control is a hot topic as many individuals have different viewpoints on the issue. Take the case of a school shooting. Lives could be saved if the teachers were carrying a weapon. At Sullivan Central, a gunman entered the school following a student who was returning from an appointment. The gunman was waiting outside the door for someone to enter so he could get into the locked doors. Once the gunman was in the building, the school was put on lock down. When it comes to gun control, I understand that some gun control laws would be appropriate, but blaming every shooting on lack of gun control laws is ignoring the fact that most gun crimes are a societal issue and not a gun control issue. At the same time, if we are using common sense, assault weapons should not be owned by normal citizens.

Having too much gun control will prevent some individuals from getting weapons. The problem is criminals don’t follow laws, so they will still find ways to own guns through stealing or the black market. For society as a whole, this creates an issue because the percentage of guns would be more heavily weighted among criminals than law abiding citizens. The 2nd amendment says, "A well regulated Militia, being necessary to the security of a free State, the right of the people to keep and bear Arms, shall not be infringed." This means that individuals should be able to have a weapon for self-defense.

If we make gun control laws too restrictive, it would prevent law-abiding citizens from possessing a gun for hunting and self-defense purposes. If criminals know that their victims do not own a gun, merely for the reason of abiding the law, it will make their victims more vulnerable. Because criminals will feel less threatened, they may become more aggressive and hostile. In addition, if citizens are not able to posses a gun for hunting, it would put fury in the citizens who hunt for enjoyment.

In conclusion, when it comes to gun control laws, we need to use common sense and have a middle ground stance on the issue. If we had the middle ground stance on gun control, it would allow individuals to be able to get a gun for self-defense if an intruder came in without making it too difficult. However, it would not make getting guns too easy so that every killer has one. In the Sullivan Central case, a teacher had a gun and she was able to kill the gunman without any children being harmed. This shows there are instances where a teacher has been armed with a gun and saved a gunman from shooting up the school. With that being said, we can’t blame the gun in order to get more strict gun control laws in place. 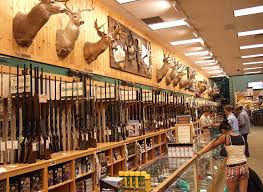 school safety life gun issues
Published on Oct 27, 2016
Report a problem... When should you flag content? If the user is making personal attacks, using profanity or harassing someone, please flag this content as inappropriate. We encourage different opinions, respectfully presented, as an exercise in free speech.
Okoboji High School

A short poem about the tragedy of war.

ISIS is a dangerous threat

What about gun control

Don't take our guns away

This letter is about football injuries.

The importance of gun control

In this letter I tell you about the importance of enforcing our gun laws.

With the ongoing debate about gun control, here is why it isn't the problem.