There are many changes to be made in this country. Things that don't just require a new law or legislation but a new and different mindset. Things that a president alone can't do. But there are things that can be changed and that should be changed. I believe that one topic that should be addressed during your presidency is the regulation and control of drugs, in order to limit or prevent the access that teenagers have to them.

Every year there are many people driven to the dependency of controlled substances, beginning from early stages in their life, and every year these controlled substance take the lives of their abusers. Those who are lucky enough get a second chance and use it wisely, but others don’t. Rehab centers can only help to a certain point, the rest of the rehabilitation is determined on the strength the person has to resist the temptation of relapsing.

These drugs are being introduced early in life to teenagers. In the U.S about 81 percent of teenagers have access to these drugs, but only 42.5 percent actually tried them or continuously use them. I believe that for teenagers under the age of 18, this is a large percentage of them actually doing drugs and there should be a stop to it. Teenagers should not be dragged into the life of addiction because of easy access to drugs.

Drugs and drug addiction have collateral damage. They don't only affect the lifestyle of the abusers but they affect the lives of their families.

My family and I were the collateral damage to a drug abuser. My brother didn't believe that using drugs was going to affect us, he thought it was okay, that it was his choice. He thought he could stop at anytime. But, the truth is that as a minor and a teenager he didn't have the attitude to say no to his friends, or the willpower, so whatever his friends did he did as well. After a few years of us being unaware of my brother's substance abuse, it came to our attention and we got him into a rehabilitation facility for kids his age, because he wasn't the only one with a problem, in fact there was a shockingly huge amount of kids with the same problem. He, again, didn't have the willpower to stay and eventually left rehab, since it wasn't mandated by a court he could leave at any time. Now, that i grew up and replayed the events in my head, I believe that it was a little too late for my brother because a month later he had an overdose followed by cardiac arrest in the ambulance, which now leaves him in a light coma in need of around the clock medical care at a long term care facility.

His addiction and the consequences of his addiction, not only changed his life forever but ours as well.

If you as president of the United States can address this topic, and bring about a law or legislation that will reduce the access of controlled substances to minors you will not only be helping minors but also their families and prevent them from the feeling of heartbreak and depression. 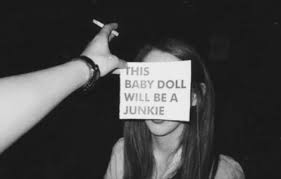 People including teens should get free school therapy just like how pregnant teens can go to a free clinic without their parents knowing.

We as Americans, take almost everything as granted. Whether it may be the food on the table, the clothes on our body, or most importantly the abund...

We are slowly leading ourselves to our death.

Our environment is vital for humans for humans to continue living. However, with the way were treating it we slowly leading ourselves to our death.

Drug Abuse Across the world