I don’t feel safe. I turn on the news only to find out that another person has gone missing or to look out for a specific person. I go outside for a walk, but then I see someone sketchy so I run back home. Nowadays, I feel like I can’t trust anyone, and that’s not right.

Last month, I went to a friends house. My mom took me to a classmates house because we had a project to do. We were able to get to her house because we followed the GPS on my phone. When I was ready to leave, I called my mom. Five minutes passed, then ten, my mom was nowhere to be seen. I called her again and she told me that she had gotten lost. I had no idea where she was, so I had to walk to the main street by myself to see if I could spot her. I luckily saw my moms car, the only problem was that she turned the other way and didn't see me. I called her again and she told me to wait there as she turned around. As I was waiting for her, a car passes by with two grown men. I look up and they both begin to stick out there tongues in sexual ways; I was extremely terrified and about ready to run. My mom quickly pulled up and we left. If she hadn't showed up, I don't know what the men would've done to me. I was scared to tell my mom, but eventually did.  If wearing shorts on a sunny day will provoke perverts, I don't think that I want to wear them anymore. Please, help prevent anyone from feeling this way. I was lucky, but not everyone is.

In my community, I constantly hear the sirens of police cars and ambulances. I hope that everything is okay and that I don’t know the person involved, but I can never be sure. I fear staying out late. I am personally asking you and hoping that you help me feel safe again. We need the delinquents gone. I don’t want to grow up afraid; I want to feel free to go out and walk my dog. I don’t want to have to call my mom every five times after practice to ask her to hurry up.

I want my future to be joyful. I want my children to grow up fearless. I want them to grow up in a safe community. Sure, my community isn’t rich, but that doesn’t mean that we shouldn’t feel safe. As a young woman, I fear that I am vulnerable. I don't want to ever have to defend myself against someone trying to take advantage of me.

For some reason, doing drugs has become very "popular" and is causing people to go insane. Literally, young adults are becoming addicts and going around the streets all crazy because they don't have any of the drugs they crave. I don't feel safe with them going around the streets when they're not in a good set of mind; who knows what they're capable of.

I don't want to live in my community my entire life; I'm tired of it. I wish that this wasn't the case. This is where I grew up, its my home. If we don't do anything to change it, our environment/community will be destroyed. There won't be a community to come back to. Finally, I am asking you, President of the United States, to help make a change. Help me feel safe again, help give me a reason to stay in  my community. 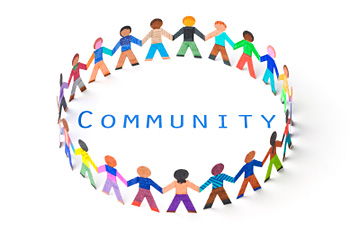 violence communities safety danger environment
Published on Nov 8, 2016
Report a problem... When should you flag content? If the user is making personal attacks, using profanity or harassing someone, please flag this content as inappropriate. We encourage different opinions, respectfully presented, as an exercise in free speech.
John Henry Francis Polytechnic High School

Police are the good guys not the bad

Protecting the Rights of All

I addressed some issues that have been happening to the LGBT Community.

Immigrants should be allowed to live in a place where many of us call it home.

You might not know how many children come to United States alone trying to find a good life. They risk their lives to be here.