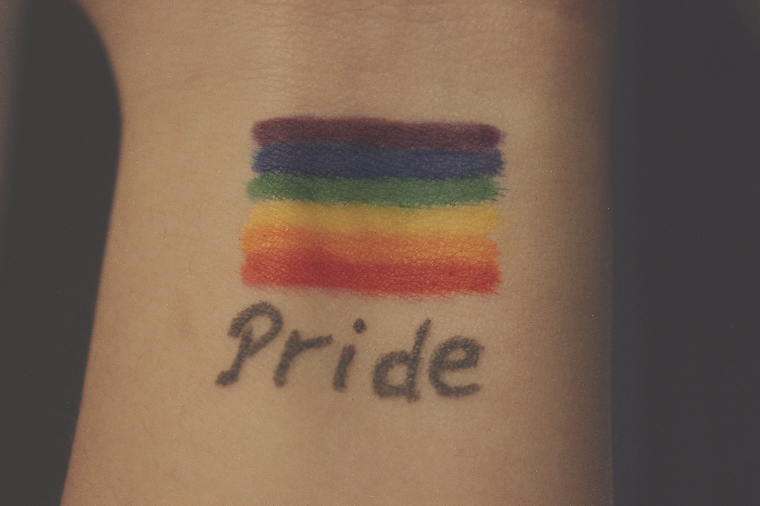 I am writing to you regarding the issue of LGBT discrimination and inequality. Since there is no law that says discriminating the gays is not allowed, the LGBT members face a lot of obstacles and they’re usually hard to overcome. As our future president, you must solve this problem because homosexuals have every right to be treated the same and have the same rights as a heterosexual.

LGBT members are often discriminated just because they’re not straight and are often harassed just for being themselves. Some are fired from their jobs, kicked out of their home, and sometimes are taken away the opportunity to learn, just because they identify themselves differently from the “normal”. Many people are ok with the idea of people being gay but some are not ok with it so they treat them as if they were literal trash and I strongly believe that it’s unfair. I remember when I was about 12 years old, my friend's parents (lesbian mothers) were kicked out of their apartment because they were caught holding hands. I was frustrated with the fact that people can have the “right” to kick you out if they don’t like you. This wasn’t the only time I've seen something like that occur. I’ve seen similar situations at restaurants and supermarkets and quite frankly it needs to stop. It’s just absurd to even think that your home, job, and education can be easily taken away just because you don’t like the opposite gender.

Since legalizing same-sex marriage, the LGBT rights have rapidly grown over the course of President Obama's years and I only hope that they will grow even more over the next president's term. Sadly, discrimination is still a thing. Many LGBT members have to hide their lives & lie about their loved ones just so that they can get the same job a heterosexual would get. It’s honestly very saddening how someone who is not considered “normal” has to do so much just to maintain their job or their home. Straight people are granted jobs real quick while LGBT members aren’t as fortunate due to the unenforced laws.

Everyone has the right to be who they are, no matter which gender they feel a special attraction to. Waiting too long for laws to be made can actually harm the safety of the homosexuals, that is why we have to start enforcing laws quickly and make sure that this discrimination comes to a stop.

stop the hate discrimination inequalitiy lgbtq rights
Published on Nov 9, 2016
Report a problem... When should you flag content? If the user is making personal attacks, using profanity or harassing someone, please flag this content as inappropriate. We encourage different opinions, respectfully presented, as an exercise in free speech.
John Henry Francis Polytechnic High School

Sexual abuse has to come to an end.

This letter is about sexual abusers on how it make us feel and how it also makes females feel ,not safe anywhere and that it should be stopped.

Older people without an education should have the right to have jobs that understand the limits of an older man without lowering their pay for all ...

There are many benefits that immigrants do and we need to help them.

The debt of the U.S.

It is imperative that the future president of the United States of America focuses on further expanding freedom and the ability to pursue happiness...

Even in this day and age there are still a lot of negative feelings towards being LGBT. A bill prohibiting discrimination against citizens who are ...

As a member of the LGBT community of America, I have watched this country grow and shape into something slightly less threatening, but the prospect...

This letter talks about Black Lives Matter and my opinion on what I think of the whole situation.