I believe that the hardest thing about college shouldn’t be paying for it. College should be about learning and not paying tons of money. This is important because many students either don’t go to college or are stuck in a lot of debt.

Americans are approximately $1.3 trillion in student loan debt. This is because of colleges making tuition an unreasonably expensive. I think that as president you should fix this by making tuition free colleges or by reducing college tuition. This can benefit about 43 million people that are in debt. One way to reduce student loan debt is to eliminate federal loans. This would work because a major reason why colleges raise tuition is because of how much money you could get from a federal loan. Students can borrow up to a max of $20,500 from a federal student loan. Trying to pay this off while going to college can be very stressful. People can go years without fully paying off their debt.

Colleges are raising tuition costs for no reason. Every year colleges raise prices by about 2.9% per year. This is pointless because the average price to go to college is around $23,000 per year. I know that this can be stressful because I have a sister who just graduated from college and another sister who aspires to go to college in a couple of years. My sister who just graduated is still in debt from when she started attending college about 4-5 years ago. She once told me that you should apply for as many scholarships as possible because of the cost.

The average graduate from 2016 graduated with about $37,000 in debt. I believe that this is absurd. College students shouldn’t be tasked with paying off thousands of dollars a year. This is too much to ask for especially since they are learning a lot of things. Another way to decrease student loan debt is to make scholarships more available. This would help because many scholarships would help pay for a lot of the tuition. This could relieve students of thousands of dollars of debt.

Thank you for taking the time to read this. I hope you take some of these ideas into consideration. 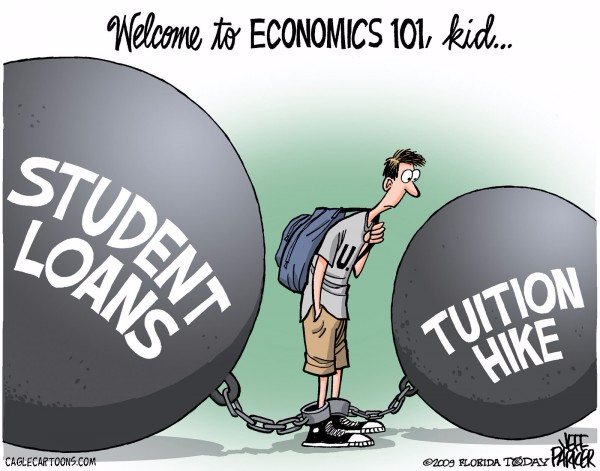 Education Costs
Published on Oct 30, 2016
Report a problem... When should you flag content? If the user is making personal attacks, using profanity or harassing someone, please flag this content as inappropriate. We encourage different opinions, respectfully presented, as an exercise in free speech.
Health Science Middle School

Think Before You Act

Bullying occurs everywhere in our society but, there’s ways you can prevent it and spread awareness.

This letter was written to the next president Donald Trump to inform him to help fix this issue to make the world better.

I wrote about being an adult at 18 and not being able to drink or have tobacco products.

Something so important our lives would be ruined without, has its own price tag, health.

The cost of education is immensely high for those who value their education and wish to continue.

Is College Worth It?

With the rising costs of college tuition, it's time to think about other forms of education.

How the cuts to school funding affect the average student.