I am taking a stance against the call to action by a group that call themselves Black Lives Matter. Stating that All Lives Matter has been called an invalid argument. In this letter, I will discuss the ongoing discrimination that should have diminished long ago. I am very passionate about this topic as I think it is wrong for a protest group to racially define themselves when their goal is stated to want to end racial discrimination.

I am against the 'Black Lives Matter' movement because they have used violence towards other people to advance their cause justifying their actions by saying law enforcement is out to get them.  If anything, I can assure you that their violent acts depict how others treat them. No matter what, violence is never the answer, which is why Dr. Martin Luther King, Jr. used non-violent protests to advance the civil rights movement. People involved in the 'Black Lives Matter' movement are ridiculing themselves and what Martin Luther King, Jr. stood for with their actions.  Racial discrimination has gone on far too long with innocent people getting hurt, and it needs to come to a nonviolent end.

A 2015 study showed that twice as many whites than blacks were assaulted and/or killed by law enforcement. “The black violent crime rate actually predicts more than 26 percent of police victims would be black,” writes MacDonald, a Wall Street journalist. Officers use force in situations involving violent criminals, armed suspects, and those resisting arrest.  "And studies show that those occur too often in black neighborhoods,” MacDonald quoted.

As our future president, I would like to see you bring about a decrease in violent protests as well as opening the eyes of the American people to the statistics and reported data that confirms the actual case deaths where a white policeman killed a black man. Also, personal judgments based on media exploitation and exaggeration should be analyzed more carefully rather than assuming everything heard or seen is true. I would like a call to action to better educate Americans on racial discrimination involving law enforcement, so the violence does not increase in the future due to misconceptions. 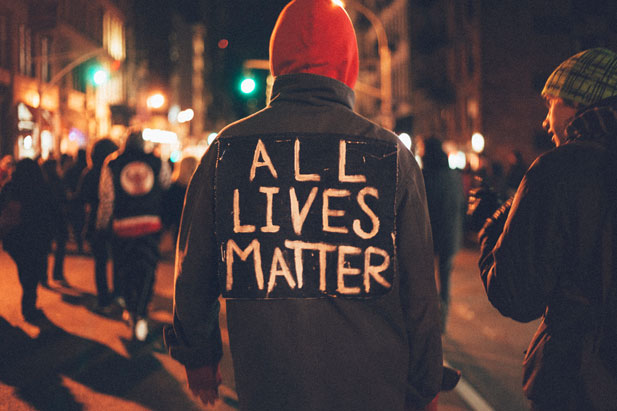 black lives matter all lives matter police brutality violence
Published on Nov 8, 2016
Report a problem... When should you flag content? If the user is making personal attacks, using profanity or harassing someone, please flag this content as inappropriate. We encourage different opinions, respectfully presented, as an exercise in free speech.
North Fayette Valley High School

Each member of the 'Class of 2017' will voice their concerns over one issue of their choice that they are passionate about in a professional manner, addressing the letter to 'Our Next President' as opposed to naming (or criticizing) one of the candidates.

Marijuana legalization throughout the whole U.S.

I think that illegal immigrants should be taken out of our country as well as using better screening to keep terrorists out.

Same Sex Marriage Does Not Harm Anyone

Who is pulling the trigger?

Police brutality and how to help fix it.

This talks about Police brutality and incidents that have happened over the years, police ¨Consequences¨, and ideas to solve this.