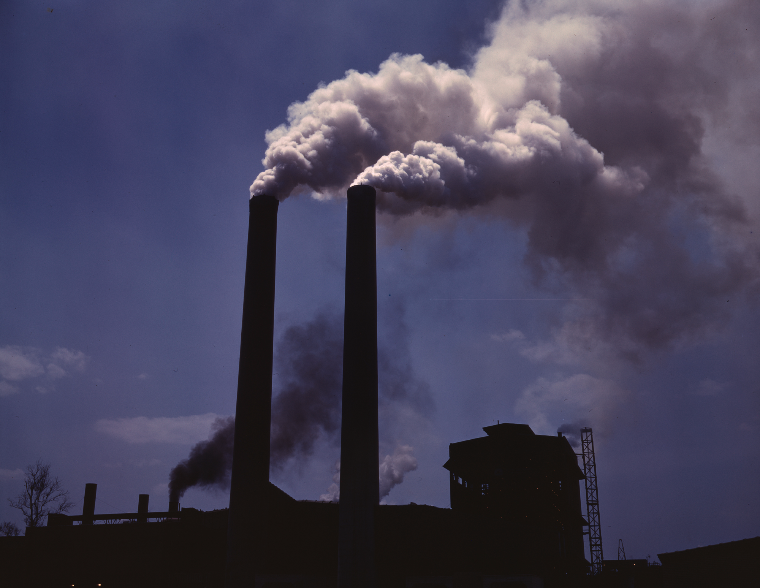 Does it startle you to know that one in every eight deaths is linked to pollution? That number is only going to go up, however, unless we take action. In order to reduce global environmental degradation, the United States needs to significantly decrease the amount of pollution we create to set a good example for other heavily polluted countries.

According to the European Environment Agency, by 2030, the amount of cars in the world will have risen to one billion. This means that the 70-80% of pollution caused by transportation will double from the 500 million cars now. But why should we care about pollution in the first place? Air pollution is divided into two different categories: visible and invisible pollutants. These pollutants interfere with the atmosphere and create an unbalanced amount of certain chemicals, which is the main cause for global warming. However, global warming is a whole different topic.

Not only do the pollutants we release into the atmosphere cause harm and damage to the Earth, but they also cause significant damage to us as humans. They cause many negative symptoms, some symptoms leading to or causing death. In the article “We Live Off the Earth” posted by The World Counts it lists a number of various facts about how air pollution affects humans and our lives. One of those facts is as follows: “The toxic chemicals released into the air settle into plants and water sources. Animals eat the contaminated plants and drink the water. The poison then travels up the food chain – to us.” This means that air pollutants can indirectly reach us, harming other things on the way.

Pollution has been going on and affecting us for many years, and is only increasing. From 1990 to 2010, global emissions have increased by 50%, going from six billion tons to nine billion, or almost 20 trillion pounds. The effects of pollution now are nothing compared to what they will be if we don’t take action. In the article “What Would Happen If Pollution Doesn’t Stop?” on Pollution Solutions’ website, it says “... Furthermore, over-pollution of the skies would eventually block out the sun, not only leaving us cold and dark, but without any way of growing crops and feeding livestock. As well as the direct threat to our survival this obviously poses, it would also threaten our economy.” These problems would eventually eliminate human society all together, essentially killing ourselves.

Now you may be thinking, “Well why is it so hard to control?” or “Why can’t everyone just do a small part to help out?” On the website Environment For Beginners, it perfectly explains why, by saying the following.

“Pollution is tricky because in most cases no one owns the air or water. In fact, it is quite difficult to establish any kind of accountability framework for protecting natural resources. Things may be different on a smaller scale. For example, if a building deteriorates, the owner of the building is legally responsible for seeing to the repairs; anybody who rents knows that. And anybody who owns is familiar with the costs of ownership. In the case of air and water, it is much more complicated since neither belong to anyone. Ultimately, no one and everyone is responsible. What's more, laying blame is as difficult as determining who will pay for the damages.”

You would think that you could put the blame directly to one person or group, but it’s much more complicated than that. This is one of the main reasons why pollution is so hard to mitigate or to stop because no one is directly in charge of it.

We need to be the ones that do take charge, and keep the world from, although it sounds dramatic, another mass extinction. The US needs to significantly decrease the amount of pollution we create to set a good example for other heavily polluted countries. We can help do this by doing simple, small things in our everyday lives like choosing to ride a bike versus driving or recycling plastic instead of throwing it away.

pollution ocean pollution air quality environment global warming
Published on Nov 4, 2016
Report a problem... When should you flag content? If the user is making personal attacks, using profanity or harassing someone, please flag this content as inappropriate. We encourage different opinions, respectfully presented, as an exercise in free speech.
East Junior High

The next president should create laws regulating carbon emission

If we keep cutting down the trees the world will die....