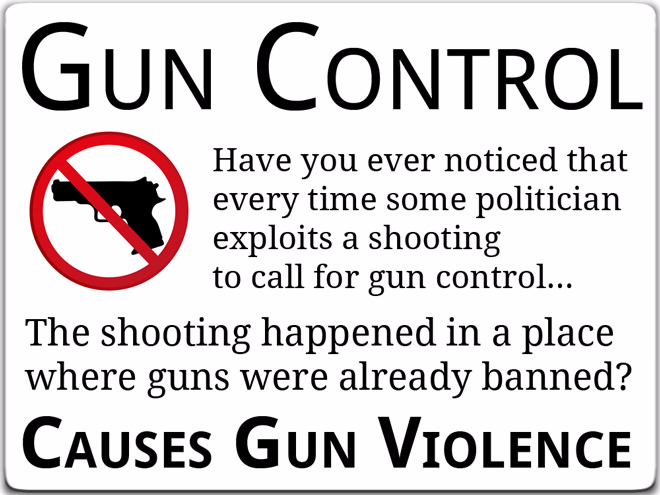 2.5 million crimes are stopped personal guns every year in the US, now that's a big number. And Boise's population is only 200 thousand people. Yet people are trying to take away personal guns. Now, I think gun control should be stopped and here is why.

So lets start of the beginning. Gun control started when the Federal government started its gun control policies in response the gangs in 1934 with the National Firearms Act of 1934. This enacted a long series of measures trying to stop the spread of increasingly destructive firearms in gang violence. And since then gun control has stayed pretty low until about 1990s when the Brady bill was passed. The Brady Bill was named for James S. Brady, who campaigned for the bill, which was signed into law in 1993. Brady was shot and seriously wounded in the 1981 assassination attempt on President Ronald Reagan. It is a provision of US federal law that requires a waiting period for handgun purchases and background checks on those who wish to purchase handguns and that's when the controversy started back up up again and everybody was talking about whether they agree or disagree. So I am going to tell you why gun control is a bad thing.

First, personal guns stop over 2.5 million crimes per year which is about 6849.4 crimes stopped per day. And with gun control all of that will be taken away, and in most likely crime will go up because criminals will not follow gun laws. And if gun control laws take place the 30 people who are murdered per day will go up because there will be no one to stop the murderers except police and it some time for police to get to crime scenes and by then the people will most likely be dead.

Next, guns are used as not only self defence weapons but tools. Some people shoot guns for sport and a hobby. And not only does that give children and adults a sport or hobby to do on their off time and have fun but, it teach children and adults how to properly take care of a gun and not get hurt. Guns are also used for hunting too. And putting gun laws up will make it so that hunters can't hunt for animals to eat anymore and some people use hunting as their main source of meat.

Some people say gun laws would make gun related deaths lower and diminish, but gun control would just make things worse. So we should get rid of gun control and things will be much better.

2nd amendment gun issues
Published on Nov 3, 2016
Report a problem... When should you flag content? If the user is making personal attacks, using profanity or harassing someone, please flag this content as inappropriate. We encourage different opinions, respectfully presented, as an exercise in free speech.
East Junior High

What should be done about Gun violence in America?

Why banning assault rifles is an ineffective goal and ultimately a bad decision for the U.S.