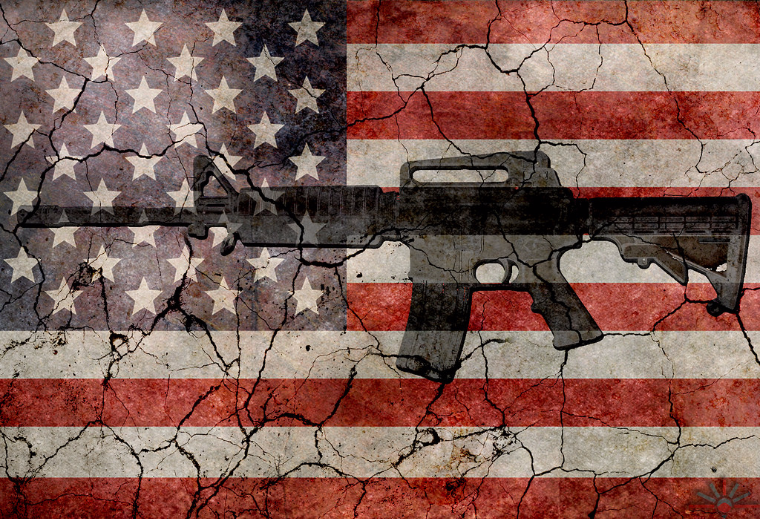 The Second Amendment of the Constitution of the United States of America contained within the Bill of Rights states: “A well regulated Militia being necessary to the security of a free state, the right of the people to keep and bear Arms, shall not be infringed.” By way of this Amendment, the people of the United States were forever guaranteed the right to keep and bear firearms. This Amendment was written into the fabric of our society by the founders of our great nation over 200 years ago and cannot be changed without a Constitutional Amendment.

While the world we live in has changed much over the last two hundred years, the reasons for the Second Amendment are just as important today as they were then. Not only do people need firearms for hunting and recreation, but individuals, police and the military, also need firearms to protect the citizens of America from criminals and terrorists. These many reasons for having firearms has made the business of making and selling firearms a significant portion of our economy. Every year, the American firearms and ammunition industry sells $13.5 billion worth of goods, which results in a profit of of an astonishing $1.5 billion according to Ben Popken of America’s Gun Business, By the Numbers.

Manufacturing these firearms and ammunition employs thousands of people throughout the country, and the revenue generated supports the state, local and federal taxes our country needs to support endless social programs. Ben Popken from America’s Gun Business, By the Numbers says this industry alone employs over 200,000 people. This number may seem small in the light of the world’s work force, but in relation to a small community or country, this number would be devastating if all members were to become unemployed.

The presence of so many firearms in our country has led to gun violence. This includes several mass shootings using powerful semi-automatic firearms in public places including schools. As a result of these attacks, many innocent civilians, including children, have been killed. This has renewed the efforts of many who seek to impose some level of gun control. These efforts, however, run straight into those who believe any infringement of their right to keep and bear firearms is absolutely protected by the Second Amendment.

This year is no exception as the issue of gun control has again been a hot topic during this year’s presidential debates. There are many Americans who wish to outlaw firearms in the United States, as many European Countries have done, and entirely abolish the Second Amendment. Thankfully, there are a greater number of Americans who understand the importance of the Second Amendment and the fact that it helps to serve as a check and balance on our government. As stated by George Washington, the first president of our great country: "Firearms stand next in importance to the constitution itself. They are the American people's liberty teeth and keystone under independence … from the hour the Pilgrims landed to the present day, events, occurrences and tendencies prove that to ensure peace security and happiness, the rifle and pistol are equally indispensable … the very atmosphere of firearms anywhere restrains evil interference — they deserve a place of honor with all that's good." This was said by one of the most respected presidents and a great American hero. His opinion was greatly respected and still is today, he is one of the founding fathers who built this country in the way they best saw fit. They saw the importance for American people to have firearms. The question is, do you.

For many people who own one or more firearms, they intend to keep them. Interestingly, of the 300 plus million firearms in America, only roughly one-third of Americans actually own a gun. The other two-thirds of the population say that they either cannot use a gun where they live or they simply do not see the need to own a gun. Of those who own a gun, the number one reason they do so is for personal or home protection according to Pew Research Center.

Growing up in Idaho, I have been around guns my whole life I have used them in going hunting with my father. I have used them when earning merit badges at Boy Scout Camp. I know people who rely on guns to go hunting for deer and elk so they can have meat to eat during the winter. My grandfather likes to shoot clay pigeons for target practice at our family farm. While in the wrong hands any gun can be deadly, with proper training the Second Amendment to our Constitution protects my right to have a firearm. As you take office as our next President, I hope you will protect my second Amendment rights.

gun issues
Published on Nov 2, 2016
Report a problem... When should you flag content? If the user is making personal attacks, using profanity or harassing someone, please flag this content as inappropriate. We encourage different opinions, respectfully presented, as an exercise in free speech.
East Junior High

This is a essay on america the greatest country on earth and i am talking about gun control the goods and bads of it and should we have more gun co...

Guns, Why we Should do Something About Them

Reasons why we should make stricter gun control.