I believe that we need to do something about Aleppo before it turns into something like the Holocaust. Currently the city of Aleppo is the center of the Syrian Civil War. The war was caused by a dictator that suddenly took over the country of Syria. Syrians didn’t think this should happen so they started a war between Assad and the people of Syria. Assad brang Russian soldiers to Syria and Iran soldiers to help fight against the people of Syria.

According to pbs.org, there has been a total of 470,000 deaths in Aleppo. Many of these people are innocent and do not even want to be apart of the war. The total amount of deaths is rising every day. 400,000 deaths have been caused by violence and 70,000 deaths were caused by the result of the war. We can decrease or even stop this problem possibly by sending medical help to Aleppo to stop these deaths that are happening. There are also many other solutions than just this.

There has been 1.88 million injuries in Aleppo. We can stop violence by sending soldiers to Aleppo to fight Assad. We can also use airstrikes or bombs to hit Russian’s, Iran’s, and Assad’s troops. Aleppo is becoming a big deal and problem. Two million people in the city of Aleppo,Syria, have no electricity or running water and because of this war, aid workers are not being allowed to help these people. These reasons are why I think the U.S government should do something about Aleppo. 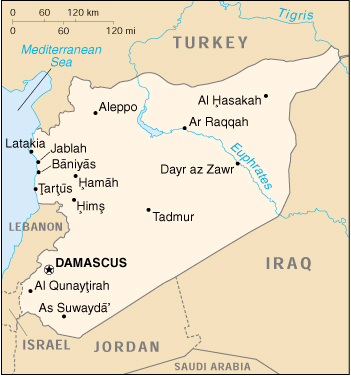 no government control isis assad terrorism aleppo
Published on Nov 2, 2016
Report a problem... When should you flag content? If the user is making personal attacks, using profanity or harassing someone, please flag this content as inappropriate. We encourage different opinions, respectfully presented, as an exercise in free speech.
Lake Fenton Middle School

Why standardized tests are hurting us

Standardized testing does not improve student achievement or the quality of their education, and is extremely discriminatory to a variety of demogr...

Teachers are underappreciated, and underpaid. Many teachers have complained and even left the profession.

An oil pipeline that sits at the bottom of the Straits of Mackinac by the name of "line 5" threatens all we have come to know and love about the Gr...

Terrorism must be stopped

I feel Gun control should be enforced more than it already is, to many people have been killed because of these loose laws.