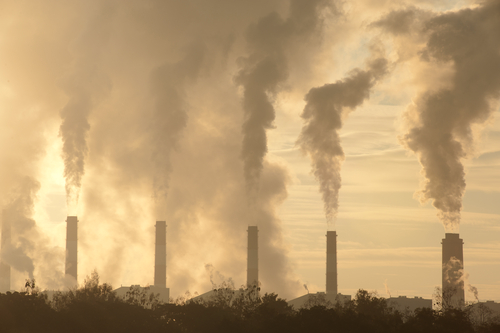 The world is coming to an end. It’s true! The climate is changing, we are still relying on fossil fuel to keep the Earth spinning. We live in an age of technological advances and we are still using the same power source since 1875. We should change the way we obtain energy and help make a climate change a thing of the past.

Climate change is a real problem we all face. According to NASA the global temperature has risen 1.7 degrees fahrenheit since 1880. They also state that the arctic's lose 281 gigatonnes of land ice per year! That’s 72034 gallons of water added to the oceans every year. Many scientists agree that climate change is real and we should be scared because at the rate we’re going, we won’t be here long enough to do anything about it.

The United States was founded on life, liberty and the pursuit of being the best country in the world. We are a country of power. But like anything else we need energy. In 2015 alone, 81% of the energy used in the US came from fossil fuels (U.S. Energy Facts). That’s only 19% usage of clean energy. This is not only a problem for the United States, but also a problem for the rest of the world. We are contributing to the biggest problem the Earth faces.

The worst part about this problem is the fact that we have the resources to change the way we obtain power. Hydro, wind, solar and nuclear power are some of the best ways to get energy. Not only are these options clean they are also infinite. All fossil fuels are finite. Once we use them all up we won’t have anymore. Renewable energy is the way to go.

We are the greatest country in the world. So lets take charge and lead everyone else in the right direction. We can stop climate change. But first we need to change. Thank you Mr/Mrs president.

consumption climate change Energy environment
Published on Nov 4, 2016
Report a problem... When should you flag content? If the user is making personal attacks, using profanity or harassing someone, please flag this content as inappropriate. We encourage different opinions, respectfully presented, as an exercise in free speech.
Wauwatosa West High School

College tuition keeps rising, making it difficult for students to afford to further their education.

Nobody's The Same (get over it)

Healthcare prices are costing too much and keep going up.

How America can work towards using more efficient energy that can help in cutting the energy waste and becoming more productive and efficient as a ...

I believe we should increase our budget on renewable energy technologies.