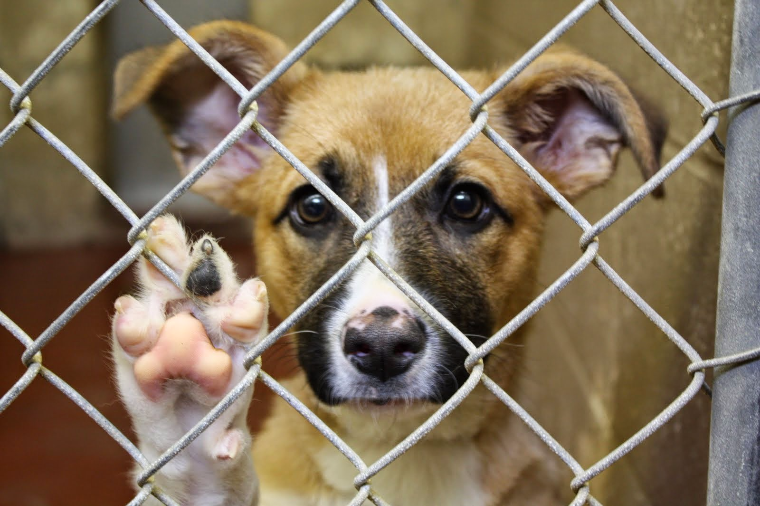 Animal cruelty is unfortunately affecting the lives of many defenseless animals. According to Neavs.org "Over 25 million animals are used in biomedical experimentation, product and cosmetic testing, and science education." There are many different animals being testing on every day with painful treatments and experiments. They get tested with new drugs or they may get diseases injected in them, burning skin, putting devices inside their brains, blinding, or even maiming. That is just a short list of what goes on in animal testing facilities. Neavs.org states that "Many animal experiments utilize restraining devices to prevent animals from moving. In invasive procedures Neavs.org says, "It may cause severe suffering, such as long-term social isolation, electric shock, withholding food and water, or repeated breeding and seperating the infants from the mother."

Another issue with animal cruelty is that people are stealing innocent animals to be dog-bait, put into puppy mills, people are hoarding animals, and they are even slaughtering them.

Dog-fighting is a blood sport that dogs are forced to fight each other for people's views and money. According to ASPCA," Fighting dogs are typically raised in isolation, so they spend most of their lives on short, heavy chains." Dogs shouldn't have to spend their lives being tortured and hurt. They shouldn't have drugs injected in them to raise muscle mass and make them more aggressive. The fighting dogs may also have their ears and tails cropped so that the opponent can't grab onto them in a fight for leverage. The owners usually do it themselves in a harsh, painful way. Fights can be just a few minutes or even hours long. The dogs may suffer severe injuries from the fight such as blood loss, or puncture wounds. ASPCA also states that,"Although fights are not usually to death, many dogs succumb to their injuries later, and losing dogs are often discarded, killed or brutally executed as part of the "sport"." Even though the law in all 50 states says dog fighting is illegal, it is still occurring everyday.

Puppy mills are another huge issue for animal cruelty. In puppy mills, people breed dogs over and over and make money off of the puppies. In puppy mills money is more important than the puppies health. ASPCA states that, " Puppy mills usually house dogs in overcrowded and unsanitary conditions without adequate veterinary care, food, water or socialization." The female dogs are bred again and again with almost no recovery time in between each pregnancy. If the dog gets to old or can't reproduce anymore the female dog is often killed. The cages in the puppy mill are usually made wire flooring. The wire flooring hurts the puppies legs and paws. The cages are also typically stacked on top of one another in columns. The puppies are based on profit to the owners and they don't focus on genetics. So, when the dogs are given to pet stores and adopted into a new family they often bring diseases with them. Also, the puppies are separated from their mothers so early that they could have anxiety, fear or other issues.

ASPCA says, "There could be as many as 10,000 puppy mills in the U.S." That means there are so many animals living day by day in filth and agony just waiting to escape to a new life they deserve.

This is just the beginning, there is so much more to animal cruelty. This is why it needs to end in the U.S. Animals deserve the right to live a happy life like us. I hope you consider changing the world for not only the animals but for us humans.

“Cruelty Issues.” The Animal Society for the Prevention of Cruelty to Animals, www.aspca.org/

“Pet Statistics.” The Animal Society for the Prevention of Cruelty to Animals, www.aspca.org/animal-

animal cruelty
Published on Dec 1, 2016
Report a problem... When should you flag content? If the user is making personal attacks, using profanity or harassing someone, please flag this content as inappropriate. We encourage different opinions, respectfully presented, as an exercise in free speech.
Craig High School - Ms. Tucker's English 9

2nd Amendment: Americans have the right to bear arms. Guns do not kill people, people do.

My opinion on Gun Control.

As you read this, another innocent animal is being abused, neglected, or forced to fight. There’s dog fighting, puppy mills, and last but no...

Animal Cruelty is a big problem in the United States and needs to be stopped.

Dear future President, Imagine if someone, inhumanly, clipped the ears and the tail off your dog. Then sent your dog to fight other dogs in a life...

A ban needs to be placed on horse slaughter to stop the pain these innocent horses are put through.