I feel really pleased that today LGBT people are able to adopt in 15 states; however, there is still a long ways to go. Many states can deny LGBT people from adopting because it conflicts with their religious beliefs. Researchers from the University of Oregon found that there’s “no differences” between children raised by heterosexual or same-sex parents. Numerous studies state the same thing.

I am asking for your help to establish LGBT civil rights laws, so that no one can deny LGBT from adopting. If changes aren’t made, then my future plans and many others will be affected. In the future, I want to adopt with my same-sex partner and give my child/children a home and love. I want to experience parenthood and many others would like to experience the same. With your help, we can make this happen.

These changes will take us a step closer to being treated just as equal as to those who are not LGBT. 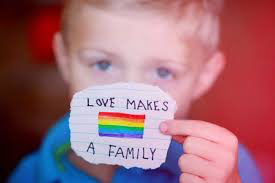 equality family lgbtq rights
Published on Sep 27, 2016
Report a problem... When should you flag content? If the user is making personal attacks, using profanity or harassing someone, please flag this content as inappropriate. We encourage different opinions, respectfully presented, as an exercise in free speech.
Oxford High School

This paper is about discrimination towards the LGBTQ+ community and how to stop it.

Sex Education has a large problem across the US and the world. It isn't effective enough and kids are not learning all of the information needed, a...

Bullying is a major problem in America, especially in LGBTQ communities