Imagine doing something to protect someone you've never met. Imagine risking your life to save the life of someone whose face you've never seen, whose hand you've never shook. Then imagine after you've nearly died for them, they give you nothing in return.

I do agree that saving lives shouldn't require reward, but a little than- you would be nice. There are 49,993 homeless veterans currently living in America. They have nowhere to stay because the military was their home.

I would like for them to get more recognition and a little help from the government. They put their lives on the line for us, sacrificed a portion of their short human existence. They deserve better; they don't deserve to be thrown out on the streets like hobos or bums.

Maybe give them a monthly check until they're back on their feet. Something, anything! Did you know that they even resort to suicide? That's how hard their life is!

The selfless and brave men and woman who fought for our freedom now fight for a place to stay and a warm place to brave the night.

So next president, I beg of you to help these poor people get a home or something. Anything. They just don't deserve the cards they've been dealt after they fought so hard for us. 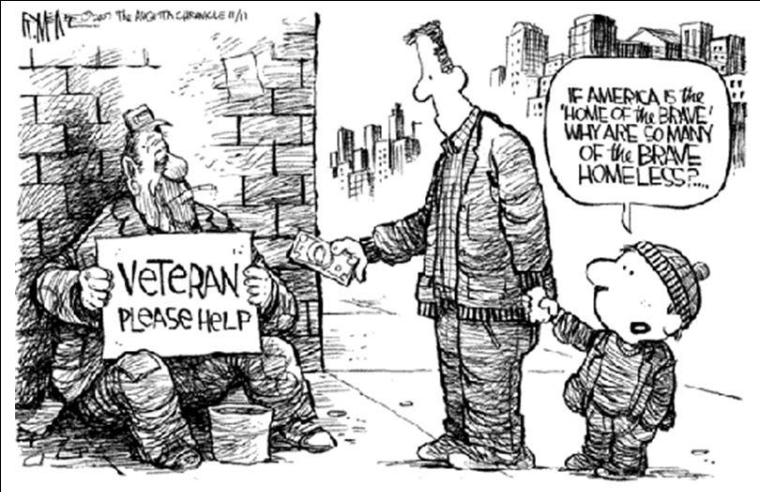 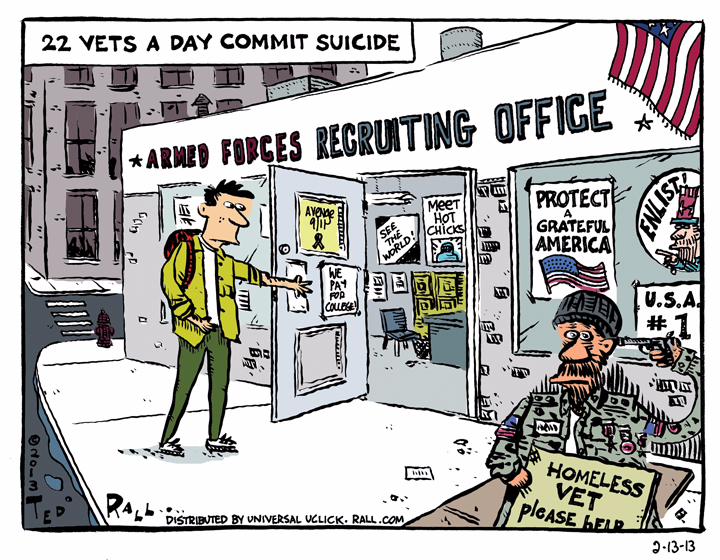 The amount of money it takes to pay all your college expenses are unbelievable high. Those with low wages also deserve a college education but the ...

This country needs a leader who will keep it afloat not start conflict with other countries. No matter the cost keep us at peace. War should only b...

women and men should have equal pay, women have women rights but still do not get paid equal as a man which should be changed because gender should...

Cruelty to the Homeless

Why do we disrespect and judge the homeless? We don't know their story or what they've been through. The cruelty needs to stop.