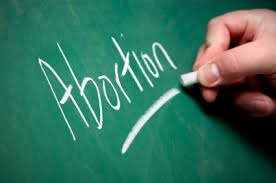 I first want to congratulate you on the highest position in the United States of America. I trust that you’ll make a difference in this country and make America great again. Although there are many problems in the US, my biggest concern is abortion. By legalizing abortion, we are allowing millions to get away with the murder of innocent children. If we illegalize abortion, then we are improving many other conflicts in our country, for women who cannot have kids.

In the United States today, abortion is legal. Today, 43 out of 50 states do not agree with abortions unless it will help the patient’s health after a specific point in the pregnancy process. Also, 11 of the states have restricted coverage in private insurance plans, most of them limiting coverage if the woman’s life is endangered by continuing the process. To the states that do not allow it, they add an additional cost to the coverage of having an abortion. Which gets me is that, they are allowing women to get an abortion if their baby will have Down syndrome. Things like this are what are driving our country down hill.

There is war in the US, killing over 57 million kids in the last 43 years. Abortion offends God, because you are killing his creation. People do not realize the danger of abortion and by having one could cause cancer, diabetes, addiction, etc. Over 347 women have been killed by legal abortions, which is unsafe. (www.tfpstudentaction.org/politically-incorrect/abortion/10-reasons-why-abortion-is-evil.html) Every abortion kills an innocent human being. Dr. Nathanson states, “Individual human life begins at fertilization” (www.abortionfacts.com). A living human can even begin only as a cell. What women need to realize is that they do not have four arms and legs; they have a tiny human living inside them. Parents are first to wanting to get pregnant but when tragic hits, they strike quick to abortion. When getting an abortion, there are two kinds: clinic and the abortion pill. The abortion pill cost about 800 dollars or less, which ends the pregnancy early. By having an abortion you are leaving the country unable to repopulate itself.

Does one have the right to take the life of another? Women think that since it is there baby, that they have the right to do whatever pleases them. People that are having abortions do not realize how wrong it is for the child, who will never grow get, the chance to grow old. We need to change the fact that we are allowing people to never let a child live it’s life. Having abortions is wrong and needs to be illegal.

In conclusion, I hope you take my opinion into consideration and making abortion illegal. The laws surrounding abortion, from methods, to funding, to parental consent, continue to be talked about and shaped to this day. This will continue to happen until someone takes action and puts an end to this. We are suppose to be the voice of the little one’s that have no say. Abortion is awful, and families should reconsider their options and set their child up for adoption rather than killing them. There are plenty of families that cannot have children that would be ecstatic to adopt children. I hope you see where I am coming from and reconsider the law. Thanks so much for taking the time to read this.

abortion
Published on Sep 22, 2016
Report a problem... When should you flag content? If the user is making personal attacks, using profanity or harassing someone, please flag this content as inappropriate. We encourage different opinions, respectfully presented, as an exercise in free speech.
Oxford High School

My name is Emily Jemison, and the issue that I have today is concerning police brutality. A police officer has a responsibility to uphold the law a...

Abortion is a very controversial topic in today's society, but does it need to be?

Abortion is messing our nation up.

Abortion is a huge debate, but by looking at the facts a type of compromise can be reached.

Abortions should remain legal and given as an option because every woman and every pregnancy is different.

Abortion needs to come to an end

Too many innocent lives are being taken away. There are other answers better than this.

Do not criminalize abortion.