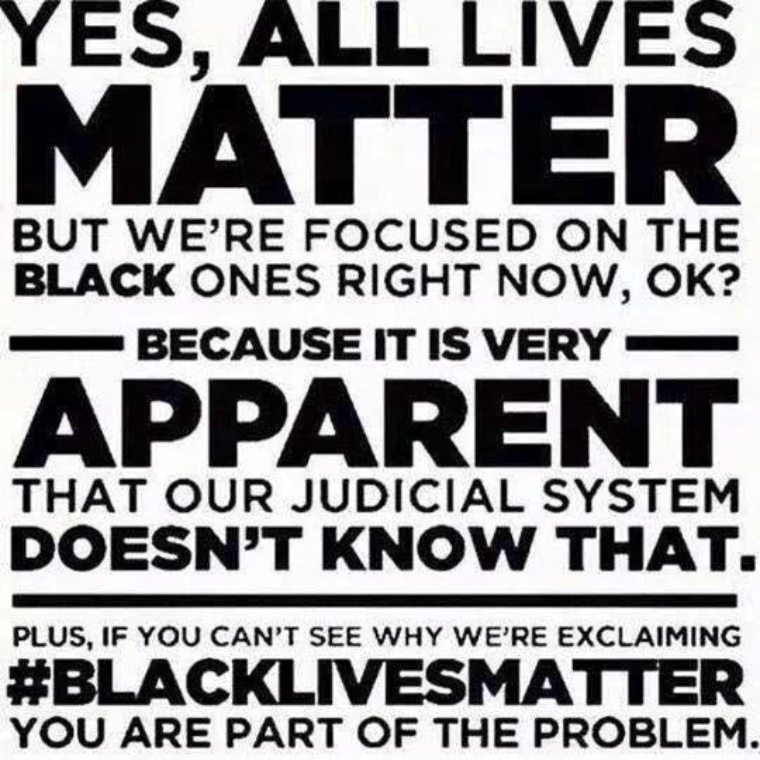 America’s population is slowly lessening day by day. Have you noticed that you would regularly see a person of color behind bars, or that we are most likely to be shot down or killed by a police officer? This topic really hits home with me because many years ago my great uncle got shot by a police officer. He did not do anything wrong, all he did was walk out of bar. Stereotypes affected his life and it is still affecting people's lives now. This issue will not go away until you fix it.

The statistics on this issue are very scary to people of color. Some people of color are getting put into jails because of assumptions that some judges make. In the juvenile justice system African-American and Hispanic youth would be most likely tried as an adult even if it's the same offense as whites. Most of the time racism is not put into play it is more as so white families paying for a better sentence. Not only are people of color being tried unfairly by the justice system but, also by police officers “our men in uniform”. According to PBS frontline “ more than 60% of people in prison are of color”. Also, they gave another statistic that’s happening now is African-Americans and Hispanics are more likely to be pulled over by a cop rather than a white person.

Not only does racial double standards contain of police brutality or unfair justice systems but, it consists of the school-to-prison pipeline. According to the American Civil Liberties Union the school-to-prison pipeline is a national trend public school kids find their way into juvenile and criminal justice systems. This system needs to be stopped immediately. More sources have information on this topic. For example, Indiana University said “African-American students for instance are 3.5 times more likely than their white classmates to be suspended and expelled” this example is very realistic and true in African-American communities. All of these issues are harmful to our country.

Racial double standards affect a lot of people. While people of color are affected by this because they are treated unfairly but, police are affected too. Police are affected because people are not going to respect other officers if they are not doing their job right. Personally, if the people who are supposed to ‘protect and serve’ are not living up to that code and are doing the opposite. Why would we respect someone that does not respect us. Police and law enforcement may say that people of color may be stereotyped because they live in areas of high crime rates.

Please help America get rid of this horrible injustice towards its people. People of color are being treated unfairly with their rights in more ways than one. They are getting stereotyped, searched, and harassed by the people who are supposed to help us. If you want to get rid of this I highly suggest that our justice system shouldn’t take bribes. I also believe you should try harder to enforce having judges of the same race and background as the person to determine the judgement of the case. America needs to be one survive.

black lives matter racial injustice racial discrimination
Published on Nov 7, 2016
Report a problem... When should you flag content? If the user is making personal attacks, using profanity or harassing someone, please flag this content as inappropriate. We encourage different opinions, respectfully presented, as an exercise in free speech.
Cristo Rey Philadelphia High School

Many teens in the U.S are overdosing on drugs such as heroin.

My letter is to help lower college pay.

In this letter I implore the next President to lower college cost before it turns into an even bigger problem in the United States. I ask the next ...

Sport Athletes and their Bad Behaviors

The US President needs to be a role model and needs to speak out on other role models' bad behaviors, such as the behaviors of athletes.

This is a letter about gun violence in America and how dangerous people can be if guns are in the wrong hands.

We need to sit down and have a discussion about B.L.M.

two year ago teenagr michael brown was shot and killed by police officer Darren Wilson, and this situation riddled with lies and misconceptions spa...