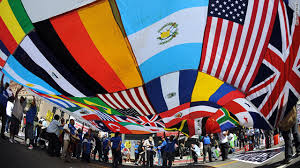 I would like to begin by thanking you for reading this letter and doing whatever it takes to make America better as a country, as a team. I am writing this letter because I know that immigration is a hotspot in the current election, which is happening because of two reasons. To begin with, the population of the United States is booming and there will not be any space left to hold other immigrants. Second, there are immigrants illegally crossing the borders. In fact, in March of 2016, there were about 33,000 illegal immigrants that crossed the border. (1) I believe that all immigrants should be legalized and provided with government aid.

This issue is important to our future success as a country. In fact, George Borjas, the leading immigrant economist of the country, “estimates that the presence of immigrant workers (legal and illegal) in the labor market makes the U.S. economy (GDP) an estimated 11 percent larger ($1.6 trillion) each year.” (2) This shows how important immigrants are to the economy. If we start deporting immigrants, the economy’s functionality will decrease; therefore, immigrants should not be taken out of the country. Additionally, immigrants affect the military as well. “Approximately 65,000 immigrants serve in the armed forces.” (3) Without immigrants, 65,000 people would not be in the military fighting for our country. That means we will not win wars or battles. We need a strong army to defeat powerful nations that we may have war against. You, as the President, should provide federal government funding to immigrants. You might be scared that this will hurt the economy. The money given to them will be cycled back into the economy, however.

In conclusion, immigrants have many impacts on the United States. 13.3% of the United States population are immigrants. (4) Without these people, the U.S. wouldn’t be the same. Please do not deport these innocent people who have tried to escape poverty and violence. Do not let them return to their country against their will. Thanks again for spending your time in reading the letter. 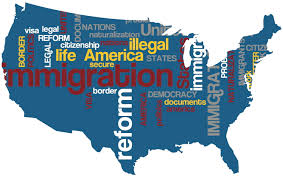 immigration
Published on Nov 4, 2016
Report a problem... When should you flag content? If the user is making personal attacks, using profanity or harassing someone, please flag this content as inappropriate. We encourage different opinions, respectfully presented, as an exercise in free speech.
STEM Prep High School

This letter is on the topic of gun violence in the United States. This issue is growing more and more harmful to the many lives that wish to be led.

Drugs are a concern and should be scrutinized further so the President solves this issue.

immigration is the most important issue in this election days because is about people's rights. and how does immigration helps america's future?

Junk food should not be banned in schools because kids eat majority of their food outside of school and schools do not have enough funding to suppo...

Something Needs to be Said!

Immigrants taking American jobs is an issue and we need to say something about it. Immigration and jobs are connected and thus impact the economy.

Our efforts to push out illegal immigrants have been unsuccessful. We need to take action.

Why Illegal Immigration is horrible for the United States and is the most important issue of today.