To whichever candidate it may concern, I am here to "speak for the trees".  Seeing as though our National Park Service has recently celebrated its centennial  anniversary and there have been many calls for improvement and expansion, I believe that some attention should be paid to a program that preserves the beauty and history of our nation. As you probably know, national parks are federally owned land, which  means that to create new parks and improve the already existing ones, it would require the expenditure of money. But, instead of seeing this as a cost, we should view it as an investment in our future. Not only do national parks preserve American culture and nature, they are an ample source of income for states. Virginia's parks for example, generated 870.9 million dollars in just visitor spending. With better funding and appreciation for our national parks, it will create a better and significantly more beautiful America. This is how we will truly make America great again. 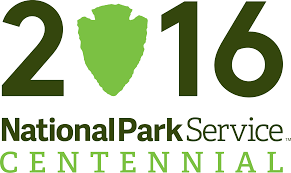 environment national parks america nature
Published on Nov 14, 2016
Report a problem... When should you flag content? If the user is making personal attacks, using profanity or harassing someone, please flag this content as inappropriate. We encourage different opinions, respectfully presented, as an exercise in free speech.
Smithfield High School

Community and Unity in America

Are you proud to be an American?

I believe that with the help of the next president of the United States we can all help to end the inequality between sexes as well as to stop the ...

This letter is about the prevalence of rape culture in our society today, what that means, and how to combat it.

The Cost of Education

The exorbitant cost of a college education is not something that we can keep living with.

At the age of eighteen one is considered an adult, and an adult should be able to legally enjoy an alcoholic beverage.

As a country, we need to decrease the amount of police violence towards black and innocent people.

Education is very important to all citizens, and it is important that everyone has a chance to succeed, regardless of income and race.

To improve the United States, we need a strong education system.

The Price of Citizenship

Letter describes the reform process for immigrants in the United States.

Drug Abuse In Our Country

A letter to the next president presenting ideas of drug abuse and its affects on our citizens, community, and country as a whole.

Obesity has become an epidemic threatening the health of millions of Americans. Our health is paramount, and it can no longer be pushed aside when ...

Free Speech in the School System

The First Amendment is not upheld fully in the American School System. This needs to be changed to make our country all it needs to be.

All letters from Virginia →

Let's apply some laws to keep our country with the least affects on the active global warming.

Obesity has become a major issue throughout the United States. I believe there are a few things that can be done to address these concerns for Amer...

Dear President Donald Trump, I am a Boy Scout, and as you may know, the Scouts offer a lot of outdoor activities, from camping, to whitewater river...