When faced with starvation, lack of education and never ending violence, what are the options to escape? The first for a US citizen would be to turn to the government for protection, or governmental assistance. However when living in Latin American countries, that are struggling to control cartel and gang violence and sustain its people, what options are left. For most families, and individuals that are seeking relief, the last option becomes to seek help in countries other than their own.

Yet in turning to the United States many families, and unaccompanied children are detained and later turned away from protection. With a combination of individuals, children, and families attempting to cross the border the number of apprehensions in the fiscal year of 2016 have reached about 408,870, according to the CBP. More than 77,674 of those apprehensions are families; who are turned away from their pursuit of happiness, and denied the possibility to live out their human rights. As they are detained and denied entry into the US the only option for these families and individuals becomes trying to survive violence, and poverty. Not only making it an issue concerning immigration law, but an issue concerning the law of human dignity.

Hence it is crucial that instead of detaining immigrants at the border, the solution should center around providing programs and options that allow for the unaccompanied children, families, and individuals, who are turned away from asylum, to find the help needed. Our borders should become for immigrants a directory for protection, education, and sustenance instead of detainment centers. Therefore as immigration continues it is asked of you, our next president, to allow the protection from violence and the escape from poverty to occur. 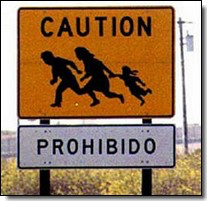 immigration human rights border security
Published on Nov 7, 2016
Report a problem... When should you flag content? If the user is making personal attacks, using profanity or harassing someone, please flag this content as inappropriate. We encourage different opinions, respectfully presented, as an exercise in free speech.
Judge Memorial

Our education plays a big factor in what we will do, who we will meet, and who we will become. Therefore, we need to have a good education system. ...

This letter is about my problems with deportation.

Immigration and the issue of diversity.

For you Mr./Mrs. President.

In this letter, I provide facts about this election. I think it is ridiculous to see both candidates argue like kids, but immigration is a big deal...