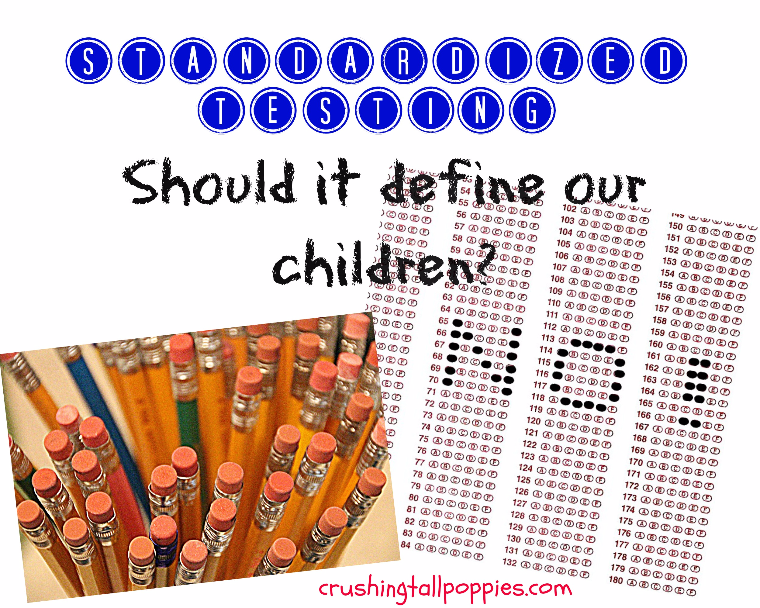 Tests, you probably took a lot of them to get where you are today. Long hours of sitting in a quiet room wracking your brain to figure out the answer. Many kids across America are in the same position. I believe that we should revise the No Child Left Behind Act instituted by President George W. Bush. This Act states that public schools must meet certain standards or else they won’t receive federal funding. I propose we make the act optional for some students across America.

According to the Washington Post, public schools find the work and tests overwhelming. "A typical student takes 112 mandated standardized tests between prekindergarten classes and 12th grade.” That's pretty outrageous because even with all these tests, other countries continuously outperform us. Based on results from Business Insider, The United States is number 28, tied with Italy, of intelligence of the nation’s population. Sometimes the pressure is too much for a young 8 year olds to handle. A lot of students begin to cry or even vomit because they are so nervous. So many students have done this that in some testing manuals, it specifies what to do if a student were to “get sick”. Isn’t this telling us that maybe something is wrong?

With the current system, students don’t always take the exams seriously. According to ProCon.org, some students in New Mexico's Valley School decided to "have fun” on their tests because it didn’t affect their grade. The kids decided to make designs on their answer sheet, popular patterns were hearts, battleships, and Christmas trees. If students aren’t even taking it seriously, the parents will be next. Actually, according to Fair Test, over 650,000 students opted out of the government assigned tests in the 2014-2015 school year.

Another thing is that these tests base your “academic intelligence” on one test, on one day. I’m almost certain that if you have a student take 5 of the same test 5 different times, the outcome will be different. Columbia University agrees with me, they state that “Standardized testing evaluates a student’s performance on one particular day and does not take into account external factors.” This is completely true because some students simply don’t test well. The way teachers and administration make such a big deal about these tests makes kids more nervous, causing them to under perform.

could argue that the tests give us a goal to achieve, or that they help us check up on our students. This act has very few good parts of it. One of them is that it provided a strong education to the less fortunate. Another argument is that the tests don’t discriminate among race. But in reality, the tests are doing more harm than good. They give us strict guidelines that teachers must follow and the results are separated into racial categories sometimes. The test can also create unrealistic expectations and when children don’t meet those they are crushed. Younger students shouldn't be exposed to that much pressure so early on because it could drastically impact the way they test forever.

By getting rid of the NCLB Act I propose that we should do the testing optional for students that are exceeding expectations in the class throughout the year. Average performing students will be at the decision of the teacher. Only students that fail must be required to participate in some sort of testing. Of course, we can’t take away the ACT and SAT or any other college exam because people spend their own money on it. Another type of test we should keep is any kind of logic test such as tests for advanced placement. These tests help us realize what students are capable of to help their educational career. In conclusion, I think by eliminating the No Child Left Behind Act, we will be bettering our schools, cities, states, and our nation. Parents across America will thank you for getting rid of all the extra stress in their child's life.

It truly all boils down to what you want the future of America to be, a group of adults who can fill in an oval for a multiple choice question or a generation of creative, innovative, and wise adults who can think for themselves?

education students laws
Published on Oct 7, 2016
Report a problem... When should you flag content? If the user is making personal attacks, using profanity or harassing someone, please flag this content as inappropriate. We encourage different opinions, respectfully presented, as an exercise in free speech.
Weddington Middle

My Letter to You, Future President

With power resting in their hands, the future president faces many concerns that require attention.

What can we do to better the quality of schools in our country?

The importance of education

Education is the most important thing in our society, and it needs to be made a focus.

Actions must be taken to address truancy. This letter will address what steps should be taken.