The world needs a major change and it needs it now, and the future generations depend on it. Nuclear fusion is something that can solve almost all of the world’s problems, so why isn’t there a lot being done about it? Fusion is when two hydrogen atoms combine to make one helium atom. This is what powers all of the stars in the universe. When these two atoms combine it makes a tremendous amount of energy. This energy would be clean because it doesn’t release anything like fission does. The fuel that would be used for a fusion- powered energy plant is very cheap and extremely abundant. This could lead to a major cut down on global greenhouse gas emissions and would be great for the U.S economy.

Project Sherwood was a program created to work on nuclear weapons. It was similar to Project Matterhorn which was a successor to the Manhattan Project. The project lead to the creation of the atomic bomb. It then became Project Matterhorn funded by the Atoms for Peace initiative and under the presidency of Dwight D. Eisenhower. It evolved when Lewis Strauss who was chairman of the AEC thought it could be used for very cheap power. All of this became the current day PPPL or Princeton Plasma Physics lab. This laboratory may be backed by the government however these projects are not very well known throughout the American public. I am almost sure that the world would be very interested to know about abundant and cheap energy.

There are many economic benefits of nuclear energy. A country with almost infinite power at a very low cost could become very powerful. Nobody would have to worry about oil shortages anymore, you wouldn’t need the unpredictable ways of wind to get power. You don’t even need to steal energy from the sun when you can make it yourself! If nuclear fusion were to be achieved it would most likely get rid of one of the main pollutants on this Earth which would be the burning of fossil fuels. According to the EPA, the burning of fossil fuels made up a whopping 79% of all greenhouse gas emission in the U.S in 2010. These greenhouse gases create more ground- level ozone, which heats up the planet and leads to global climate change. With nuclear fusion, this could be changed and could make huge leaps and bounds to make that 79% disappear.

Fusion powered cars could also become a game changer in the future. Also according to the Environmental Protection Agency, transportation made up 26% of greenhouse gases produced in 2014. Again, it would be virtually gone if nuclear fusion were to be achieved here on Earth. The Green Car Report stated that there were roughly 1.2 billion cars on the road in 2014 and that only about 2.5% of those cars were electric. This is a lot of greenhouse gas emissions which again lead to global climate change and rising sea levels.

Many people say that the downsides of nuclear fusion outweigh the benefits. For instance, many scientists believe that batteries with larger capacities and more use of solar power could work a lot more than fusion. This isn’t true. The Solar Trade Association stated that a solar farm with 12.35 acres of land could produce 1 megawatt in one year . The U.S needs roughly 800,000 megawatts of power a year. This makes solar power very difficult to be a viable option for power. Batteries are also not an option because most batteries are made partially of lithium. Lithium is terrible for the environment and can kill a person if they were to drink water containing it. Some scientists say that the heat and energy required to start fusion is too great. However, this problem can be solved with cold fusion. Cold fusion is when you take atoms and combine them at room temperature. This means that you wouldn’t need to generate any heat in this process.

Overall, the benefits of nuclear fusion are so numerous and so clear that it makes you ask the question why isn’t it a major topic on the campaign trail or in the office of many presidents? I am not saying that the government has to focus every resource in their arsenal towards this issue, but it would still be nice for a president to do more. It could be a good idea to create a Nuclear Fusion Initiative that collaborates with other countries and other laboratories around the world. This could then hopefully achieve the goal of nuclear fusion on Earth. This issue is really important to me and a lot of other people because we don’t want to grow up in a very polluted and desolate wasteland. Although Nuclear fusion may be years away, the harder we work on this issue the faster it may come to us. Achieving this feat would give a better quality of life to almost everyone, and I don’t think anybody wouldn’t want that.

@ExtremeTech. “500MW From Half a Gram of Hydrogen: The Hunt for Fusion Power Heats up - Slideshow | ExtremeTech.” ExtremeTech, 27 Mar. 2012, http://www.extremetech.com/extreme/123837-500mw-from-half-a-gram-of-hydrogen-the-hunt-for-fusion-power-heats-up. 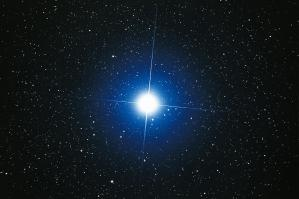 nuclear energy Energy
Published on Oct 11, 2016
Report a problem... When should you flag content? If the user is making personal attacks, using profanity or harassing someone, please flag this content as inappropriate. We encourage different opinions, respectfully presented, as an exercise in free speech.
Weddington Middle

We don't need an immediate switch-over to renewable resources. Just let it happen on its own.

America is relying on fossil fuels that are polluting the planet and we can replace them with clean nuclear energy.

We need nuclear energy for a brighter future.

Coal is a great resource

Coal plants are being shut down because they produce too many gases. I'm here to stop that.

"Nuclear Energy, the ability to utilize the almighty power of the atom itself."