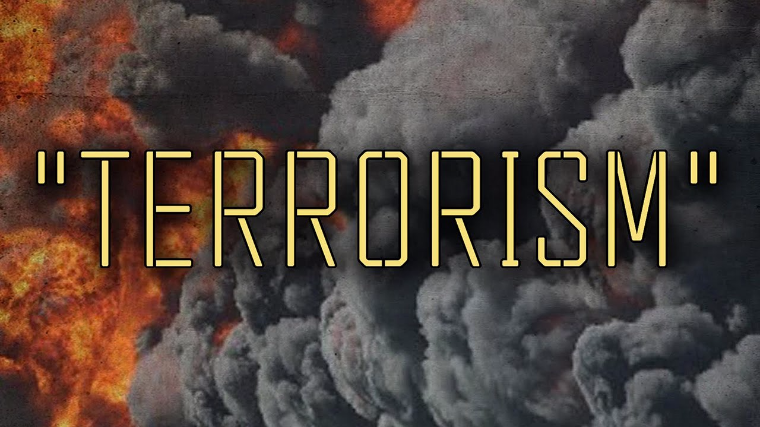 “Terrorism”, as defined by the Organization of the Islamic Conference, means "any act of violence or threat thereof notwithstanding its motives or intentions perpetrated to carry out an individual or collective criminal plan with the aim of terrorizing people or threatening to harm them or imperiling their lives, honor, freedoms, security or rights or exposing the environment or any facility or public or private property to hazards or occupying or seizing them, or endangering a national resource, or international facilities, or threatening the stability, territorial integrity, political unity or sovereignty of independent States.” (Organization of Islamic Conference) As you can see, the definition given by the Organization of the Islamic Conference is rather lengthy and covers any action that may, in the slightest, be considered terrorism. A definition is imperative to sovereign nations and “independent states”(Organization of Islamic Conference) in taking action against groups that threaten their security, liberty, and/or economy. Terrorism is a growing threat that needs to be neutralized as quickly as possible, by elected officials in the American government, to protect and ensure the future of the generations to come.

Terrorism is no longer just a radical Islamic group in the Middle East. In recent years, terrorism has shown itself on American soil. The morning of September 11, 2001 was the first major terrorist attack on American soil and therefore demonstrated that terrorism was and is a very real threat that we need to combat. The planes used in the attack were hijacked in their terminals by Islamic terrorists claiming to be a part of Al Qaeda. The total number of passengers on board all four planes is two hundred and sixty-five. A total of two thousand, nine hundred and seventy-seven people lost their lives on September 11, 2001. On April 15, 2013 four more people lost their lives and two hundred and sixty-four more people were injured at the Boston Marathon.

The leaders in the American government are too afraid to do what is necessary to ensure the safety of the public when it comes to countering terrorism, whether it be in America or overseas. Current government officials still fail to recognize the immediate threat terrorist groups pose to the United States and other sovereign nations. Barack Obama still refuses to recognize terrorism as a threat, by refusing to call the groups responsible “terrorists”. President Bush considered the threat of terrorism to be the beginning of World War III, however President Obama thinks of terrorism as a “small, toxic strain within Islamic civilization” (Beinart, Peter). We need to have a leader that is willing to do whatever it takes to eliminate terrorism, show the world that America is not afraid of terrorism and that it can effectively defend against such attacks. The next president of the United States must do everything in his or her power to ensure the safety of the American citizens.

Some people believe that terrorism is not a threat to the United States and that violent actions committed in the US are just low scale attacks and do not deserve the attention of government. They think the violent attacks committed against the US are nothing but random, low scale acts that any given person could commit without the support of an organization. Now, first of all, as I stated before, terrorism can be defined as any action that endangers the lives of others. These attacks certainly endanger the lives of civilians and need to be stopped and eventually prevented. Second, any attack made against the United States or its citizens should be considered as terrorism and should be the highest priority to catch and try those responsible for such attacks. Any and all act of violence should be presumed a terrorist attack and only upon further investigation be slimmed down to a specific charge.

Terrorism in the Middle East is, most definitely, a growing threat to the United States. The United States needs to send troops to the Middle East to dismantle the terrorist groups by killing their leaders. Terrorist groups “Think globally but act locally” (Smith, Brent) which means that at any given moment can they decide to attack the United States and its allies. To combat this threat we should also utilize mechanical drones. We need to use drones to surveil their actions and to strike them down if necessary. Current drone strikes are not effective because they tend to shoot first and ask questions later. We need to gather intelligence first then we need to strike.

Many innocent people have lost their lives to terrorism, among them are men as well as women and children. Men are tortured, beaten in front of their family, hung or crucified, and the women are raped then beheaded, sometimes in front of live audiences. Children are kidnapped and used to blow up buildings and government installations. These atrocities and many more are being committed right now in Middle Eastern countries, countries that are crucial to the United States and its allies. Are you really willing to turn a blind eye to the crimes committed by terrorist groups? Do you truly believe they will stop with the Middle East? Do you really think they will not come for the United States? I can assure you that once they are done with the Middle East they will come for the United States and its allies. They will not stop until they have slaughtered or enslaved every American that does not submit to their cause. I beg you for my safety, for your safety, for our families’ safety, and for our nation's safety, please stop this threat before they come for us.

“A Look at Terrorist Behavior: How They Prepare, Where They Strike.”National Institute of

terrorism
Published on Oct 19, 2016
Report a problem... When should you flag content? If the user is making personal attacks, using profanity or harassing someone, please flag this content as inappropriate. We encourage different opinions, respectfully presented, as an exercise in free speech.
Orange High School

America needs to focus more on the terrorism happening inside our country rather than letting it hide in the shadows of international terrorism.

We need some improvements to help our country. We have been secretly invaded by terrorists, and it needs to stop.

Letter to the future president on the issue of terrorism

The federal government should develop new security ideas to protect our country from a large attack.