I’m writing to you concerning the issue of the black lives matter movement and regarding the fact that there is racial inequality in this country towards black americans. One big issue the black lives matter movement is protesting is police brutality/force towards unarmed black men and women. Only about 55% of black americans trust police to equally treat blacks and whites when it comes to arresting/using force. This issue needs your attention because the police department is not doing anything about it (not firing police who are brutal towards black people, etc). If I were you I would make all police wear body cameras that can’t be turned off by the police themselves in any situation whatsoever. Also, I encourage you to fire or punish police who take advantage of their job by arresting people just because of their skin color. For this reason I believe people should not be judged for the color of their skin because it is not something people can choose, it is something they are born with.

According to a source, a survey showed that about 52% of the black americans expected the relationship between minorities and local police to get worse over the year. The evidence shows that about half of black americans have little or no trust in police force. Police have been brutal, unfair, and racist towards black americans since 1963. Some people have said that a lot of progress has been made since then, but not all agree. Due to this, you should make boundaries and rules and watch the police’s every move when they are on the job.

Another essential point is that we need to achieve racial equality. Racism is a very big issue in this country that needs to be solved because it is not okay to be mean, rude, or be malicious just because of a characteristic that you can’t even choose! A way to achieve racial equality is making consequences for people who are racist towards others. Also we can all achieve racial equality by holding peaceful protests and rallies, but that can get out of control so I suggest you make consequences. A source also made a survey to show whether rallies and protests are effective towards people and here is what it said, “Blacks and whites differ most widely in their views of protests and rallies: 63% of black Americans say organizing these types of events would be at least somewhat effective, compared with 39% of whites.” This explains that rallies and protests do affect people and help them to support others.

In conclusion, After I heard about the Black Lives Matter movement and what they were protesting (police brutality, public shootings, etc) I felt less safe and did not trust the police force as much as I used to. I still feel this way and think it would be helpful to others who feel the same if you could contribute by doing some of the things I listed like having police body cameras that cannot be turned of in any situation and have punishments and consequences towards racism and police brutality, etc. Please consider these suggestions for the good of all of America. 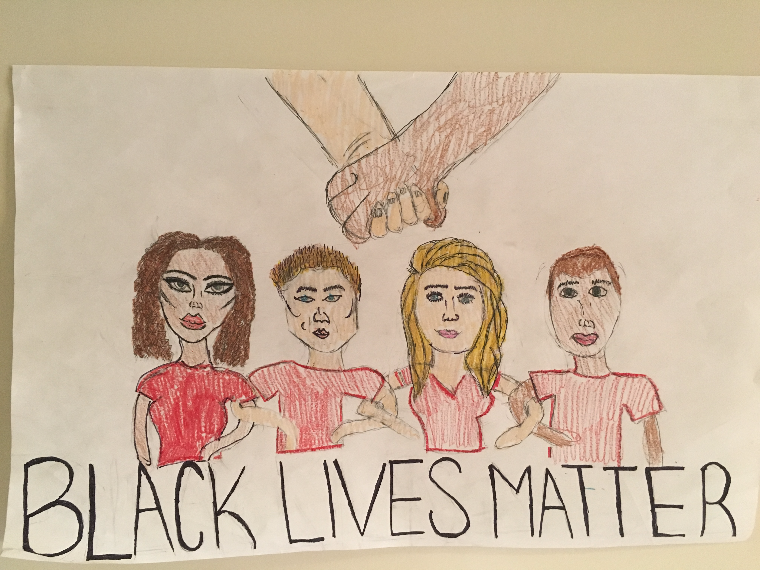 discrimination police brutality Racism protests black lives matter
Published on Oct 9, 2016
Report a problem... When should you flag content? If the user is making personal attacks, using profanity or harassing someone, please flag this content as inappropriate. We encourage different opinions, respectfully presented, as an exercise in free speech.
Bernal Intermediate

Discrimination towards females in workplaces

Abortion rights should stay legal for the following reasons. Abortion could make lives better for teenage mothers, rape victims, and mothers who ca...

In my opinion, we the United States, legalize marijuana, we can help lives with medical conditions.

Why gun control is not a difference maker!

All lives matter to me.

Recent outbreaks of riots around the U.S. are causing America to separate.

I am going to talk about racial profiling. There are a lot of cases where police shoot and abuse people because of their skin color. I think body c...