Every day, hunger causes more deaths than tuberculosis, aids, and malaria combined, while 30 to 40 percent of the U.S food supply is wasted monthly. In the 21st century, Food waste is ranked as one of the biggest dilemmas. Research in 2010 indicates that an estimated 133 billion pounds of food from stores and restaurants are wasted yearly, ending up most commonly in landfills. But why do we waste such high amounts of food, especially when there are many people just like you and I, starving down the street? I think such excessive amounts of food waste needs, and can be stopped, by composting, and saving edible foods with small defects.

Food waste in landfills affect the environment negatively. 30% of the earth's agriculture is occupied by uneaten produced food. They tend to produce methane; a gas that is more powerful than CO2. When chlorofluorocarbons in the air absorb the CO2, it heats up the earth's’ atmosphere, causing climate change and global warming. Food waste is one of the factors of why retail and grocery stores lose an estimated $15 billion of unsold fruits and vegetables per year. A study in 2013 that analyzed global food wastage says that, “Nearly one-third of all food produced in the world for human consumption does not find its way to our tables” (moveforhunger.org). Large amounts of produce are thrown away daily because they do not meet “quality” and “aesthetic” standards. These neglected fruits and vegetables could still be used in soups and smoothies, but instead are chosen to be thrown away.

One solution to food waste is composting. Compost is a decayed organic material used as a plant fertilizer. It helps revitalize soil, making it healthier. Composting is also an efficient way to remove oil and heavy metals from storm water runoff. Not only does composting reduce the amount of waste in landfills, but also helps the environment around us.

Another solution is using “defected’ produce instead of wasting it. IDP, or Imperfectly Delicious Produce, is an organization that takes unwanted fruits and vegetables. They cook them into meals, feeding those who cannot afford it. Not only does this organization lower food waste amounts, but also feeds citizens around us. 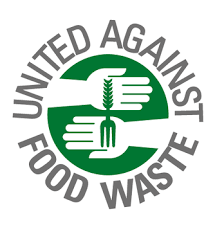 landfill food food is going to waste hunger food waste
Published on Nov 14, 2016
Report a problem... When should you flag content? If the user is making personal attacks, using profanity or harassing someone, please flag this content as inappropriate. We encourage different opinions, respectfully presented, as an exercise in free speech.
Peterson Middle School

Treatment of the LGBTQ+ community

Global warming is not a hoax, we need to act fast before a mass extinction, which endangers and could wipe out humanity. Terrorists and the nationa...

Reports on Police over using their power. Soon people aren't going to feel safe in this "united" country.

My letter is telling the next President to make sure we continue funding Planned Parenthood. I included stats that showed what the organization acc...