To the next President:

When deporting immigrants, it has a huge affect on families. Does it seem fair to tear apart those families, and if it was yours how would you feel about it? I feel like this is a huge issue that should be fixed.. We should feel safe in our homes and not be scared of living our lives in fear, “Children and their parents live in constant fear of separation because they know deportations are occurring and fear that they could be next.” (Debry). Maybe instead of deporting an immigrant, the whole family should get support or have them go along with them, this would allow them to stay together and not cause issues. Yes, people may come from other states or countries but very many get jobs and try to get their papers that they need in order to stay. They deserve a chance to live a happy life with the ones they love most just as much as any U.S. citizen does.

“Deportations “create a large number of single mothers struggling to make end to meet after the deportations of their husbands” (Debry). Many single parents struggle in supporting their child. So just think what it would do if it was a forced separation by deportation. What makes it hard to provide food, clothing, and support is doing on your own with no help while you try to work and manage everything else. Especially if you have multiple children, and not any one of them are old enough to help support their family along with their mother/father. Children in single family homes get bounced around from house to house a lot while their parent tries to manage supporting them. Settling in one place with everyone you love and need may be less stressful.

Most children have a tendency to get depressed and feel worthless as the parent seems to have no time to spend with them. This makes it harder on the parent because they may start to worry about their child's mental health, making it harder to focus on working and providing things for them. If you were to allow the immigrant family stay together, then the parents wouldn't have so much to deal with and it would be a lot easier on them.

A lot of the time, the oldest child has to grow up quicker than most. The oldest stays at home, missing a lot of school to watch their younger siblings, feed and clean before their parent comes home from work. These responsibilities can put a lot of stress and pressure for the child.. even when they turn of age, to still have to support their family, meaning they likely can't have a family of their own. When someone you care gets taken away for whatever reason, you grieve. Having both parents in the children's life will allow them more chances of an education and a good childhood.

Many children do not understand and become vulnerable, distant, aggravated, and distant. They may even fall down the wrong path into drugs, violence and gangs as they look for ways to cope with their loss. For children falling down this path, they will get into trouble with the law and have to deal with the consequences of their actions which may even lead to death.. if they continue and that, no parent deserves. Having a family that you feel you can talk to about these things could decrease the chances of these unwanted consequences. So either allowing families to stay in the U.S, or allowing them to go as a family would very much change their lives positively rather than negatively. 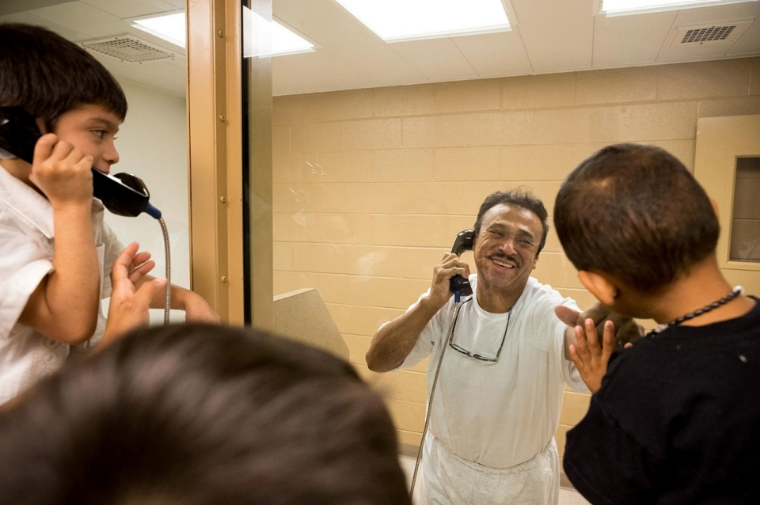 depression deportation family separation single mothers children
Published on Nov 27, 2016
Report a problem... When should you flag content? If the user is making personal attacks, using profanity or harassing someone, please flag this content as inappropriate. We encourage different opinions, respectfully presented, as an exercise in free speech.
West Seattle High School

Pistols, machine guns and other automatic weapons should be banned. All it does is cause problems.

The danger athletes are put into in playing physical sports.

It's time to change our perspective and create equality for all.

The student, the genius within, and it's obstacles.

The emotions that us teens hold within that we cannot control affect our school life daily. It's time to remove the wall that's not allowing the ge...

Can Mass Deportation Build Our Nation?

Will building the wall and mass deporting immigrants benefit or destroy the country? Will it save us money or put the country in even more debt?

Hypocrites of our Congress have held moments of silence for the Sandy Hook School Shooting but will not do a thing about it. Kids have been shot, b...