The number of deaths every year is increasing and you as president hunger is a big thing that you can not ignore ,according to “Feeding America” about 43.1 million people (13.5 percent) were in poverty.And i know that there is enough food for everyone in the United States and that's why we need to take action.

I think that this needs to be treated right away because 42.2 millions americans lived in food insecure, including 29.1 million adults and 13.1 million children, and this affects their health and their education suffering with their parents and some children with no parents, or they struggle just to eat a meal a day,and homeless people out there suffering.

If they could get help from you Mr.president,you could probably solve hunger or reduce it,and i know that you have the resources to end with the suffering from people. 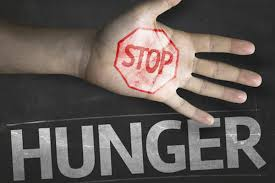 hunger in america
Published on Dec 13, 2016
Report a problem... When should you flag content? If the user is making personal attacks, using profanity or harassing someone, please flag this content as inappropriate. We encourage different opinions, respectfully presented, as an exercise in free speech.
Miamisburg High School

My letter is about why we should take out ISIS and how we should do it and I give you some facts about ISIS.

What would you do if you saw terrorism going on? We need to stop terrorism now or it well just keep getting worse! We must not wait for them to com...

The veterans who fought in wars are going homeless and many are hungry. We need to help them get back on their feet.