“Who is in charge? Is it taxpayers or is it the special interest groups?” Scott Walker.

I hope that having someone who is not involved in politics can look past what our current politicians and previous presidents haven't. This is one of the main reasons you were voted president, and I hope you keep your promises of being for the people. You are the leader of this nation and you should reflect the people, not the 0.0001% of special interest who already have too much influence over Washington. 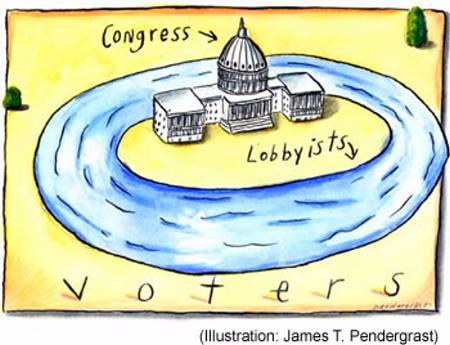 drain the swamp lobbying
Published on Dec 14, 2016
Report a problem... When should you flag content? If the user is making personal attacks, using profanity or harassing someone, please flag this content as inappropriate. We encourage different opinions, respectfully presented, as an exercise in free speech.
Benilde-St. Margaret's School

For me that most matters is what will you do for America for our country. When a person runs to be a president they always say a lot of things to p...

I think that the police should stop killing unarmed black people.

College tuition has risen to an unaffordable amount for some middle class citizens.

Reducing the Power of Lobbyists

We consider why the next President should limit campaign contributions and lobbying so that the interests of the 99%, not the 1%, are represented.

Lobbying: Time for a Change

The American people are having their voice undermined by “special-interest groups;” and new laws need to be passed, corrupted politicians need to b...