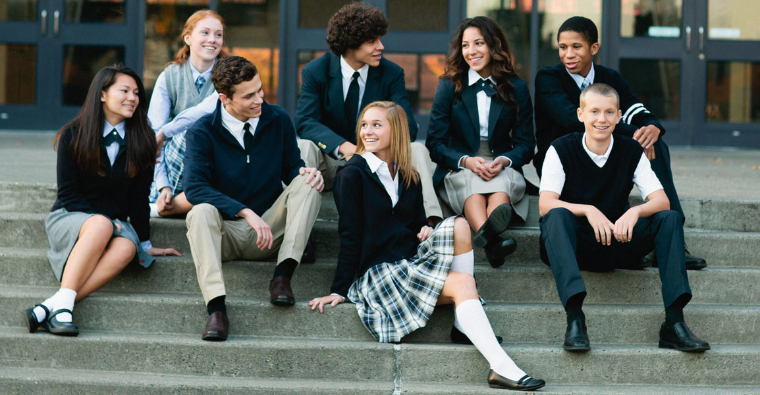 The problem is that some people like uniforms. Uniforms are mostly in private schools, but even some public schools have uniforms.

Some people say that uniforms have an effect on how many gangs are formed, because the kids that wear gang-related clothes, such as wearing chains and bandannas, would be more noticeable and get invited to join other gangs. A better way to fix the problem of gangs forming is to invite students to do other things and be involved with school.

One reason some are for uniforms is it keeps kids from picking on each other for being poor. However, the people who tend to buy more trendy, expensive things are going to always find a way to be expensive, whether it is wearing a bow or trendy shoes or wearing jewelry.

I think kids should be able to wear what they want . It shows who they are. Uniforms just cover up who you are. Wearing what you want shows who you are; it shows your personality.

equality Education Costs education personal stand up
Published on Nov 7, 2016
Report a problem... When should you flag content? If the user is making personal attacks, using profanity or harassing someone, please flag this content as inappropriate. We encourage different opinions, respectfully presented, as an exercise in free speech.
Evart Middle School

Do you hate Standardized tests? If so, then read this.

Americans and Their Flags

There are people that are kneeling during the national anthem. People are angry at Kaepernick because he is disrespecting the flag.

Abortion Needs To Be Illegal

Some people want to get rid of D.A.R.E.

I think the problem is that only few states have it.

This is a brief letter on the debate over interrogation techniques used by the CIA.

FSMA And It's Lack of Funding

The FDA has been pushing for acts that would help them do what is needed prevent foodborne illness for years, now when they finally have that act t...

Public Skateparks Are a Must

This is a paper that explains why there should be a public skate park that everyone can skate at.

Not worth the money

Receiving a higher education is becoming to costly.