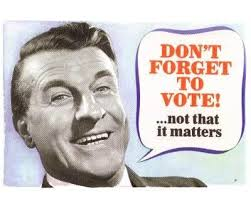 The year is 2016, a new era. New technologies have advanced in the world, where everyone in our nation knows what is going on around our nation and the world. Whether you watch the news at 3am or 6pm anyone can see what is happening through social media and 24 hour news channels. I believe that it is time for the electoral college to go. I grew up always hearing that I have a voice for America’s next president. The past years I have come to find out that the popular vote does not count over the electoral college. It is time to get rid of the electoral college.

Four times in American history a president has gone into office without winning the popular vote. Presidential nominees Andrew Jackson in 1824, Samuel J. Tilden in 1876, Grover Cleveland in 1888, and the most recent the 2000 election, Al Gore all won the popular vote, but have lost the election due to the electoral college. This concludes four presidents have gone into presidency without winning the popular vote. This means four U.S. presidents have not had the people’s support and vote and still become President of the United States of America; and that we value the electoral college over the popular votes which is the people’s voice. Statistics show that less Americans have been voting, due to this system. There are 538 electors in the United States and realistically those 538 people decide in the end who our next president is.

The electoral college was made, because long ago many people did not know what was going on in our country. Now there is mass media, people in the backwoods of Louisiana to New York city can see what is happening in our country. We live in a world where know everything that is going on, and the people should have a say on the president. The Election of 2000 was one of the most popular now, because of the mass media, everyone was able to find out what had happened and how the nominee that the people wanted for president did not win. Will this continue for the future of the United States?

Many may say it is ridiculous or not worth the time to get rid of the electoral college. There are many reasons why people may think this due to the lengthy process of changing the U.S. constitution to get rid of the electoral college. Also, the thoughts of people who know everything about what is going on should be the ones voting for our president. Lastly, people believe that it forces the candidates to pay more attention to the larger more populated states versus the smaller states with less of a population.

So, my wish is to grow up in a country where my voice is heard and my family and friends votes are counted. It is up to you president to make this change for our country, help the people have a voice in one of the biggest elections in America. Instead of valuing the electoral college over the popular vote. I would like to see the popular votes be the only thing that counts or valued higher than the electoral college.

rights voting
Published on Oct 31, 2016
Report a problem... When should you flag content? If the user is making personal attacks, using profanity or harassing someone, please flag this content as inappropriate. We encourage different opinions, respectfully presented, as an exercise in free speech.
Avondale High School

Injustices in our Court System

The court room is a very intense place with different systems and procedures to help it run functionally. With the increasing rate of incarceration...

It's Time to Abolish Smoking

Even though the amount of smoking has gone down considerably recently, it is still a major problem for people in the U.S. and all around the world,...

Taxes On the Middle class; What they can cause, and how to prevent it.

Extensive use of political correctness in government and culture and the decline of rational.

A letter about the reasons rational and anti-political correctness should be worthy of advocacy.

Bullying Is Becoming A Problem

Bullying is a problem in the U.S.A. In a lot of schools bullying is increasing.

Education is becoming less of a priority right before this nations eyes.

Why college should not be free.

Despite the victories of the LGBTQ+ community, there is still much hate against the community. Homosexuals and transgenders are often persecuted in...