I believe Americans have lost sight of an important ideology, the need for international news. With social media flourishing and the growing accessibility to communicate around the world has left no excuse for the average American citizen to have a lack of knowledge on international news. I was recently having a discussion with my classmates in my 10th grade English class about a book called A Long Way Gone -you might have heard about it- the book is a memoir about a boy soldier in Sierra Leone, this book opened up my eyes to the gruesome wars going on overseas. I recognized that I knew nothing about the civil war in Sierra Leone prior to reading the book. Then I asked myself what other events are happening around the world that I’m completely oblivious to? During the book discussion I asked my class if they thought it was important to learn about wars like these in school or for american news stations to cover situations similar to these. I was honestly disappointed when they all said, “It doesn't even affect us, why should we learn about it?” When I asked the question I was expecting more people say “Yes, we should be more informed on foreign conflicts.” To hear my peers say that I came to the conclusion that if international news was treated like national or local news in America then young people and other U.S. citizens would understand how important it is. The idea behind this proposal is that if people learn to be compassionate for countries around the world, then a first world country like America can help those people.

The lack of international news in America is not a new problem although it is becoming critical that something changes. An article written by Mike Sheehan and Helen Brocklehurst all the way back in 2006 states many reasons why international news is important. The article brings attention to why we need international news by stating,“In a world where thousands if nuclear weapons exist and more countries are trying to acquire them, where suicide terrorist strikes come without warning and thousands die each day from poverty caused by the way the international system operates, we need to know about and understand international relations.” The fact that all these issues are true and the article was written ten years ago shows that lack of interest towards foreign news is becoming more and more critical. This quote also touches on the high level of poverty around the world. This problem could be helped if American people were more aware of these issues so they can have empathy towards those people.

Some businesses like Time Magazine and Newsweek are changing their covers for Americans. A stunt to sell more copies? Or fabrication to hide real problems around the world? I believe it’s both of those reasons. Americans don’t want to hear about international crises when they can hear about something they affects them from someone like them. In 2011 Lisa Wade, PhD wrote an article describing the separate magazine covers. Just one example she wrote about was, “The cover story for Newsweek magazine’s September 2006 edition was 'Losing Afghanistan' in Europe, Latin America, and Asia. It was 'my life in pictures,' a story about the photographer Annie Liebovitz in the U.S.”

What Lisa Wade did was show the proof and just how American business’ cover up the real news. Businesses like Time Magazine and Newsweek need to know that they can no longer get away with doing this. It’s the government's job to create regulations that ban the fabrication of news in the media. Sure Americans may buy more copies about a photographer but its not worth covering up whats going on internationally when it just creates ignorance around the country.

The popular belief around the country is that foreign news doesn't affect us and therefore is not important. I believe this is not true, if America brings more attention to international news then people will become more interested and realize the importance of knowing what's going on everywhere in the world. This is so important as the world becomes more globalized and the ignorance of the american people is no longer acceptable and quite honestly becoming embarrassing. The change can start with government regulations and as time goes on I hope to see people's feeling toward international news evolve. 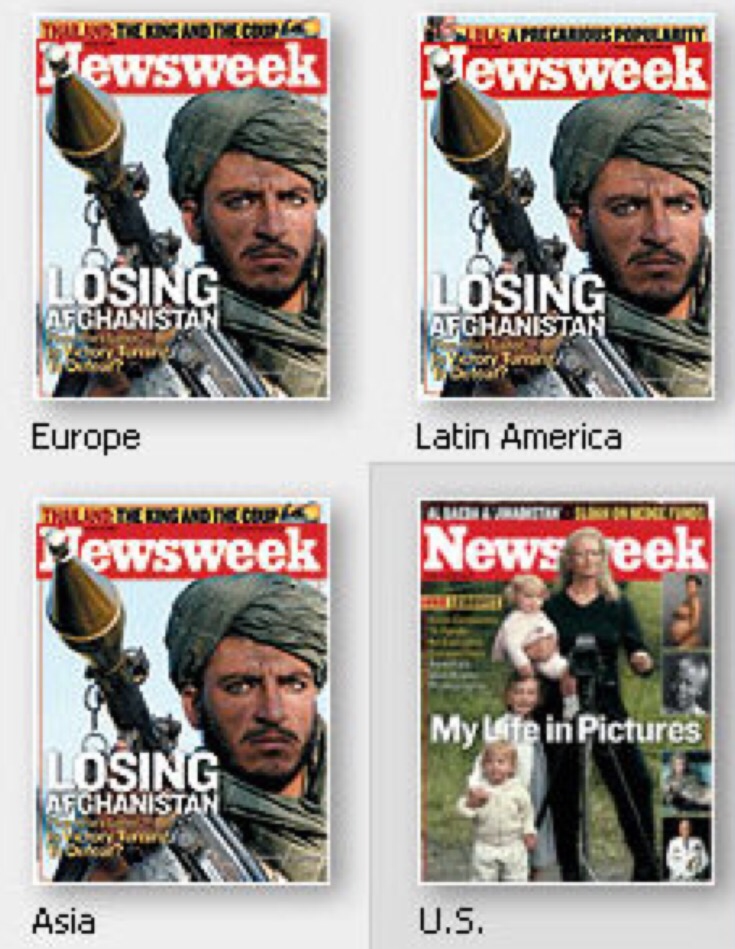 international affairs cultural preservation current events
Published on Oct 30, 2016
Report a problem... When should you flag content? If the user is making personal attacks, using profanity or harassing someone, please flag this content as inappropriate. We encourage different opinions, respectfully presented, as an exercise in free speech.
Avondale High School

Everyday Isis continues to cause destruction and kill innocent people in and out their country. And everyday Isis is recruiting more and more ...

We need to fix the mess of Standardized Testing infecting public schools today.

This letter is about why we need to track the spread of zika and how we need to find a cure or a possible end to this virus.

Abortion must be banned

My letter to the next president about the cons of extracurricular activities.

I would like to address the immense issue of illegal immigration in the United States, and the growing number of problems it creates. I will be add...

Turkey is a threat to NATO and United States interests.

Why are we in over 19 trillion dollars of national debt? Why is that number still rising? Why are we more concerned with international issues that ...