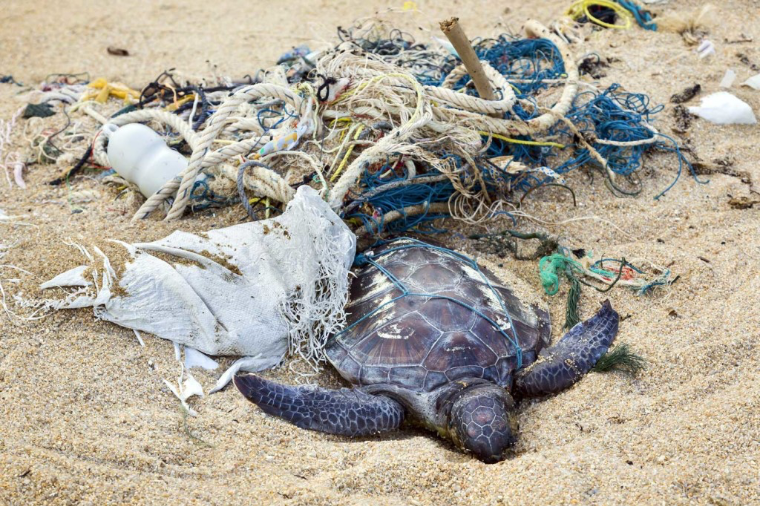 I am writing to you about an issue in our world today that must be fixed, marine pollution. Currently, over 80% of marine pollution is coming from land-based activities, meaning from us. I think that something must be done to stop the damage we are causing our world because, if we don’t take action, it's going to come back to bite us. There are many different forms of pollution we are generating on our seas, oil, garbage, and fertilizers.

Oil causes detrimental damage to our seas. Many believe that the main way oil is entering our waters is from oil spills; but, in fact, oil spills are only responsible for 12% of the oil entering our marine life. The US National Research Council found that 36% of the oil is coming from rivers and drains as a result of runoff from cities and industries. When this oil enters our waters, it causes marine life to suffer. Many animals are poisoned. The oil generates internal problems, and it is destroying their environments, leaving them without a home and making it difficult for them to survive.

Another form of pollution includes garbage being disposed into our seas. A form of garbage often found in the sea includes plastic and glass bottles, plastic bags, balloons, packaging material, and even shoes. Honestly, any items we dispose of improperly are able to find their way into the sea. Marine animals often mistake plastic garbage for food since it decomposes very slowly. This is extremely dangerous for the health of the animals that ingest it. Plastic bags have been found in alarmingly high amounts inside of marine animals, for example, whales, dolphins, seals, turtles, and puffins. The plastic often blocks their breathing passages and stomachs. Not only can they be harmed from eating the plastic, but they are also at risk of choking or suffocation from the plastic. Most commonly, marine animals are found being trapped and strangled by the plastic six-pack rings. Though people may think that this pollution doesn’t affect us, it does. In fact, the garbage being disposed of in the seas is making a return to land and if found polluting our beaches and coastal habitats, making it hard for us to use and enjoy these valuable natural resources.

Finally, a major source of pollution in marine life comes from fertilizers. Runoff from farms and from lawns generates an enormous coastal problem. This extra nutrient creates eutrophication; the oxygen level in the water is depleted by the expanding algal blooms and then leads to the suffocation of marine life. This eutrophication not only chokes and kills marine life, but it is also creating large dead zones all across the world, most specifically in the Gulf of Mexico and the Baltic Sea.

As you can see, marine pollution is a major issue in our world today that needs to be paid attention to. I gave three examples of the damages it's causing; but in reality, I haven’t even scratched the surface of this issue. So I believe that you should address this issue and search for a long-term solution to this problem because this cannot go on forever.

pollution marine life
Published on Oct 18, 2016
Report a problem... When should you flag content? If the user is making personal attacks, using profanity or harassing someone, please flag this content as inappropriate. We encourage different opinions, respectfully presented, as an exercise in free speech.
Benilde-St. Margaret's School

The Earth is slowly dying

I am concerned about the Earth. The Earth is slowly dying as a result of climate change.

Animal testing is a terrible act and must stop.

Dear future president, I think we should limit the number of immigrants that come into the country even though that is basically how our country wa...

The environment is in deep danger if we don't do anything about it. We need to make america great again.