There is currently a giant pile of trash rotting out in the middle of the Pacific ocean. Sounds pretty gross, right? It is. The pile is almost twice the size of Texas, and it is killing all types of marine life as we speak, it's terrible. We need to do something to stop the Great Pacific Garbage Patch from growing, so that our oceans don’t become filled with garbage.

One person has tried to stop it, but it’s not working very well. We need to do something bigger, much bigger. We could get people to donate money to clean this up. It would take a while, but it’s certainly better than nothing.

To put a lot of money into cleaning this mess up, you will obviously need some reasons why it is so important to take care of. One reason is that our marine animals are being killed by this mess every day. Some eat the garbage, and others get caught in it. If our marine animals are dying, it will completely mess up the food chain. More and more animals will die, and that eventually leads to less food for us.

Another reason is that it is seriously getting too out of control. “The discrepancy in size estimates may be due to the fact that since most of the trash is below the surface, the borders are almost impossible to see from above the water.” From the article, “Could We Clean Up The Garbage Patch?” We can't see it from space because most of the trash is beneath the water, like it states in the article above, but that doesn’t hide the fact that it is still about twice the size of Texas.

My final reason is the obvious, our oceans. This disgusting monster is destroying our oceans! No body realizes it, but sadly it’s true. Everyone thinks that it will just go away, but it doesn't. It is mostly filled with plastic, and plastic does not go away on it's own. “In reality, these patches are almost entirely made up of tiny bits of plastic, called microplastics. Microplastics can’t always be seen by the naked eye. Even satellite imagery doesn’t show a giant patch of garbage.” From the article, “Great Pacific Garbage Patch.”

I understand why a lot of people wouldn't want to clean the garbage patch up. Too much money is a definite problem, but if everyone donates a little, it won't be too difficult. Where would we put the garbage? That is also a major issue, but we can make it work. I’m almost one hundred percent sure that we can find a better way to dispose of trash, other than dumping it in the middle of the ocean.

We have to do something to stop the Great Pacific Garbage Patch from growing. The ocean is almost everyone’s favorite place, including mine and I don’t want to see it destroyed. 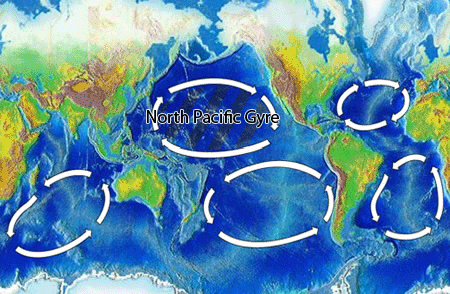 ocean pollution marine life pollution
Published on Nov 2, 2016
Report a problem... When should you flag content? If the user is making personal attacks, using profanity or harassing someone, please flag this content as inappropriate. We encourage different opinions, respectfully presented, as an exercise in free speech.
East Junior High

The Harm of Environmental Pollution

Environmental pollution is harmful to humans, animals and plants.

Need to stop the ocean pollution because it is killing the ocean reefs.