Throughout the years, LGBT people are one of the problems our country has faced. Many people who are lesbian, gay, bisexual, or transgender have problems with coming and are being judged for who they are and chose to be. They can get bullied, abused, made fun up, and kicked out of their homes for just being who they want to be. Many people who have different sexualities, aren’t like the general public people, having to face harassment or discomfort for choosing to be themselves. Meaning, they are scared to come out and having to deal with these issues everyday of their lives. Many people are against LGBT people, choosing traditional marriage since they think that marriage in the United States should only consist of only the union of a man and a woman.

It’s unfair how since LGBT people are different, they can’t have the same benefits and responsibilities as straight "normal" people have. They are being repetitively judged and bullied for being the way they are. So what if some guys think that other guys are attractive or boys being dressed as boys going to the girls’ restrooms? You are who you are and people shouldn’t jump into conclusions and make final assumptions about a person if they have a different sexual orientation or gender identity. The people who judge others’ for being different and unique is unfair. Around the country, gays, lesbians, bisexuals, and transgenders are scared to step out of their houses because of all the harsh words and things that apparently “normal” people say. According to bullying statistics, 82% of LGBT students in schools around the country had problems during the previous year with bullying about sexual orientation. This shows that a colossal amount of LGBT students from the United States are having to face these challenges and obstacles of bullying from school. 31% of the LGBT students have stated that the school they went to had made no effort to respond (of those who reported attacks). By knowing this, people from schools aren’t doing anything about the problems and that the students are still unsafe in the country today.

There is no easy solution where you can just simply solve this significant issue. In my opinion, I feel like you should try to make the consequences more serious than just making others say sorry or giving them a long lecture about it. You need to make people fathom that this isn’t something the person you’re harassing or bullying can just forget so easily. People like that think that they could get away with the consequences of bullying or harassing trans or any LGBT person they want to. In the end, the truth will be exposed either way and they will know that they will get bad punishments. You can go and interview LGBT students from different schools around and ask them how they feel about the place they are being educated in. You can try to make some changes in the school by making the administrators actually do something useful or helpful to the situation instead of giving useless punishments like detention or suspensions because nobody is going to learn from their faults and mistakes. They’re just going to repeatedly do it again. Well, another thing you can do is to allow trans people to go to the bathroom they think they're qualified to go to. You can try making some laws about discriminating LGBT people.

Many others believe that LGBT people don't deserve or aren't allowed to have the same privileges or benefits that straight "regular" people do. Some think that just because that others aren't like them or are different don't deserve things in life. Most religious people don't really give LGBT people the same treatment that they give to non LGBT people. They're using their religion to discriminate the people who are special, unique, and different. The people who shine brighter than others who are the same. Some religious people say that God doesn't love or accept you because you're gay, lesbian, bisexual, trans, or anything. The truth is that God loves everyone. From the evil tax collectors, to the serial killers. He accepts you for who you are and most of the haters, and or discriminators out there need to realize that they too have had many mistakes. God has forgiven you and loves you even if you decide to pick the wrong thing to do. People should learn to love everyone else as much as they love themselves.

It's awful how people are blind to see that they've hurt so many others. Some people may seem like the toughest people ever. You'll never know how they're actually feeling in the inside. Not everyone is an open book. You may be, but everyone gets hurt. Everyone is sensitive. Not everyone can do the same thing as most strong people do, like ignore everything. In fact, it makes the problem worse. Sometimes when you actually chose to speak out for what you think is right that most people do, people don't really want to listen to you. The conflicts get much worse most times.

Most humans don't understand that their words are power. Their actions are power as well. They can't just take advantage of their powers and use it to hurt even more people like that. Words are knives and they can often leave scars. LGBT aren't at all different from everyone else though. They are like everyone single person out there. They are human beings. You can't treat other humans like trash or like they don't care or don't listen to what you're saying. Deep down, they're hurt because they have these things that other people have and it's called feelings. Every person here feels a certain way. Whether it's sadness, happy, angry or anything. You shouldn't make someone feel bad about themselves like that. You shouldn't take away their privileges or anything like that. Treat everyone the way you want to be treated, and nobody here is actually different from you.  We are all the same. We are all human. We are all different and unique. We are special in our own way and shouldn't be treated any other way because we are different. 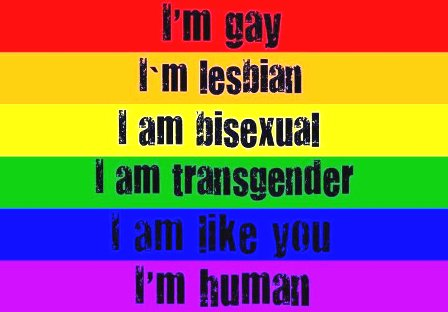 Gay marriage should be legal, marrying the one you love is your own choice and people should have the freedom to marry who they love. Same-sex marr...

"The Answer My Friend is Blown in the Wind"

It is essential we use wind energy to stop the harm of fossil fuel pollution.

The LGBTQ community has been threatened and discriminated against. This needs to stop.

This must be fixed.