I know you have changes to change but the most problem you need to change is police brutality , people from all around the world get killed for no reason by police. Police think that just because someone looks like a criminal that they can shoot down or beat that person. For an example a 40 year old man that's a dad, a son, a twin brother was killed on September 16,2016 by officer Betty Shelby. The police officer Betty Shelby killed the 40 year old man because he thought the man was a criminal. 280 colored people are killed so far in 2016. People may be armed but we don’t know if it’s just for defense or because they are dangerous. Police don’t have the right to shoot or beat down a person if they didn’t do anything like committing a criminal crime in front of the police.

People from everywhere make mistakes in front of police but that doesn’t mean that police can walk over to them and beat them. Here is a video of police brutality caught on camera https://www.youtube.com/watch?v=Y4sh_NLYVVg

People should not be treated that way. People should be treated respected even if they committed a crime. As a person said in the comments of that video is ‘’ This is horrible, you don’t treat a human being like an animal you treat them right.’’

If your against police brutality you would help stop it from going on cause it’s just making are world worst than what it already is so let’s go against Police Brutality and help the people who are getting beat by police. If you see police beating someone don’t just video tape it go against it and do something about it or our world will never become better and fun and not having to worry about someone shooting you and killing you we want to walk around the streets worrying about nothing, so let’s stop police brutality together. 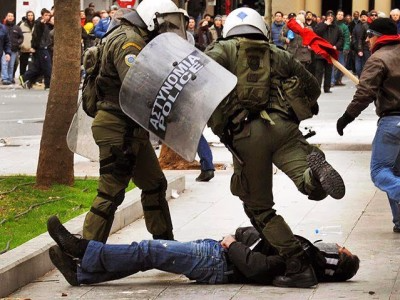 police brutality
Published on Oct 24, 2016
Report a problem... When should you flag content? If the user is making personal attacks, using profanity or harassing someone, please flag this content as inappropriate. We encourage different opinions, respectfully presented, as an exercise in free speech.
Rahway Academy

I believe Obama Care is a great healthcare plan that keeps Americans safe.