The premature ending of life, whether it be of a child or an elder, proves to be a very controversial topic. Many people are not firm believers in the act of termination, but when the choice between life and death falls into your hands, you quickly realize that the choice isn’t as easy as saying “no”.

If a beloved pet falls ill, is unable to recover, and is constantly suffering, the answer is simple for most people: Put the animal to sleep. When it comes to humans, however, it answer is not as simple. Many factors come into play regarding the euthanization of people, such as age, mental status, consent, their illness, and how much pain they are in. Even known many complicated factors have to be considered and evaluated, that is, by far, the easiest part. The hardest part is making the the ultimate choice to end their suffering or not.

Before his operation on November 12th of 2014, my grandfather had made a point of telling my dad to "let him go" if anything went wrong.  My dad brushed it aside, smiling and telling him that everything would be ok.  When my grandfather rolled out of the operating room two hour later, my father knew something was wrong.  He was told that the only option to was to completely amputate his leg, leaving him with one leg at the age of 85. But due to my grandfather’s comatose state, my father was put in charge of what choice to make. My dad's first reaction was to tell the doctors to do whatever they could to help save him, but he soon realized that he needed to consider what his dad wanted instead of what he wanted.  My father's friend's dad had undergone the same prodedure as my grandfather only six months prior, and the results were devisating for him.  He also had complications, leading to the complete amputation of his leg.  For the five months that he lived after the amputation, he was in unbelievable pain and constantly miserable.  Questions such as "Does my dad want to live the remainder of his life as an amputee?", "How will he cope with his other medical issues, along with this?", and "How much pain will he be in?" crossed his mind until he made a choice. After having a talk with family and my grandfather's closest friends, who had know him sense he was a teenager, he knew what the right thing to do was. With the assistance of doctors, multiple doses of medication were distributed to him until he peacefully passed away. Even known it was the hardest choice my dad had ever had to make, he knew he did the right thing.

If my grandfather's passing was not assisted, the remainder of his life would be spent in excruciating pain and dark depression. He would not have been able to truly live his life. Although controversial, and considered a felony in all but three states, this option was the best choice for him. As the future president of America, will you allow all states to have assisted suicide as an option? 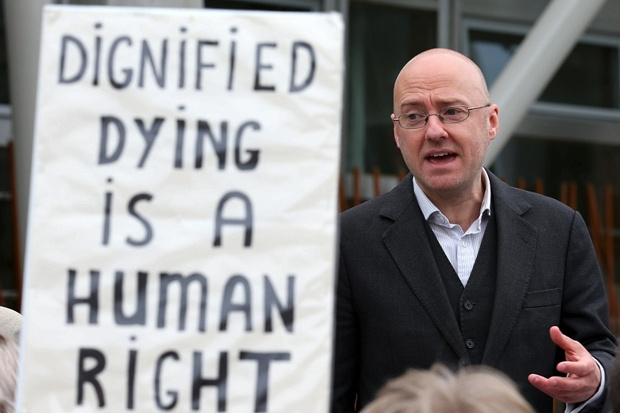 assisted suicide
Published on Nov 3, 2016
Report a problem... When should you flag content? If the user is making personal attacks, using profanity or harassing someone, please flag this content as inappropriate. We encourage different opinions, respectfully presented, as an exercise in free speech.
Nipmuc High School

Why and how we should end poverty.

These days, student loans are quite high, total in the US is near 1 trillion dollars worth of just students repaying there College Tuition they hav...

People have the right to die with dignity other then embarrassment.

Why physician assisted suicide should be an option in end of life decisions.

If you were going to die suffering, would you end it before the pain becomes unbearable? Assisted suicide is a serious topic and needs to be talked...