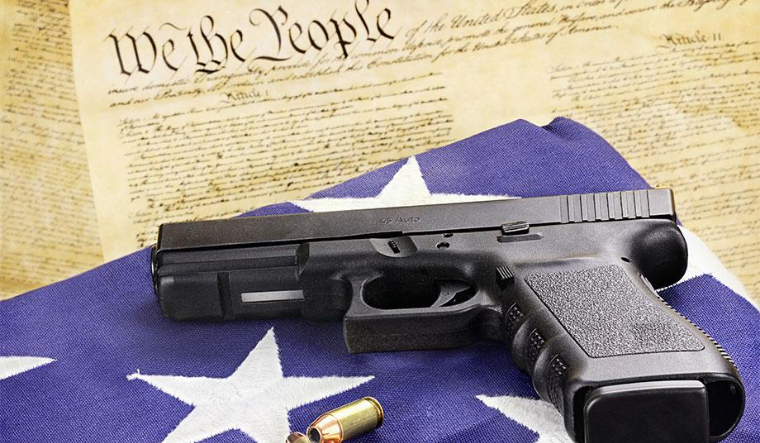 Congratulations on winning the election.

I would like to talk to you about the Second Amendment, which is the right to bear arms. I believe that the freedom to bear arms is one of the most valuable rights given to American citizens. I believe this issue is dividing our country because people believe that if guns are confiscated from law abiding citizens, then violence will stop. But I believe things will only get worse.

I see guns more as a shield then as a weapon. Criminals will always find a way to get guns. So taking away guns from law abiding citizens, will leave the criminals with the guns and citizens vulnerable. For example, the city Chicago has the strictest gun laws in the US. Yet there are more gun crimes there than anywhere else in the country. There is about one gun for every citizen inside the US already. As you know, it would be impossible to collect this massive trove of guns. Even if the government wanted to, they could not control guns already present... or guns that would find their way into those hands who want them. Also, this day in age we face many threats such as ISIS, who may strike anywhere at anytime, and I don't want to be the one unarmed and unable to defend myself, my family, and yes even my liberal friends who are against everything I'm saying right now. The founding fathers formed the second amendment as a last line of defense against a tyrannical government. If the government infringes on our rights to bear arms, which it specifically says in the second amendment that they are not allowed to do, then what is to stopping them from taking away our freedom of speech, freedom of religion, etc. Rather than focusing on gun control, we should be focusing more on treating people with mental illnesses as well as focusing more resources on crime prevention. Thank you for your time.

right to bear arms freedom gun issues 2nd amendment protection
Published on Nov 4, 2016
Report a problem... When should you flag content? If the user is making personal attacks, using profanity or harassing someone, please flag this content as inappropriate. We encourage different opinions, respectfully presented, as an exercise in free speech.
Nipmuc High School

The rich aren't paying there taxes putting large amounts of stress for the lower 99% and they have to much influence in the government making it ve...

This letter discusses the dangers and potential solutions for the increasing amount of gun violence in the United States.

A brief overview of why we must regulate gun ownership, and how we may do this

Limiting the restriction on guns