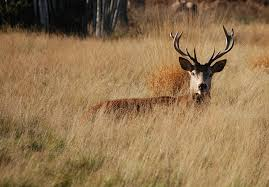 What would happen if less people visited national parks each year? A staggering 307.2 million people visit these parks each year, in the US alone was reported by CNN. That’s more than the population of the of the USA! Now picture all the garbage and damage these people produce. These problems continue around the country and the world. Littering and damage are just a few of the problems that occur in these places. National parks are a fun family friendly place; nevertheless, ecotourists have been producing problems for the plants and animals that need to be addressed.

Ecotourism is the visiting of an environment such as national parks. Places such as these are a great outlet for families to experience the outdoors, but so many people visit these select parks that there becomes an overwhelming amount of pollution. According to Rita Kennedy and USA Today, “Letting tourists loose in a delicate ecosystem can lead to pollution and impact on the environment in unforeseen ways -- one study in a Costa Rican national park found that wild monkeys turned into garbage feeders, becoming familiar with the presence of ecotourists and eating the food and rubbish left behind.” Eco tourists coming into fragile environments can not only damage the looks of the place but change the way animals live. Nature is beautiful and when people come in at this rate it can have harsh effect on the environment/national parks.

Not only do animals get affected by the change in their diet, there are changes that affect the entire ecosystem. The writer Jon Gugala on Outside states, “Due to their close proximity to humans, these animals live in a kind of protective net from predators. As they breed, they pass down domestic traits, changing the species generation by generation.” This means that prey are becoming more susceptible to predators and are passing this unhealthy attribute down generation to generation. The population will slowly diminish because of their close proximity to us.

There are many ways we could go about solving this problem, but we only need one. National parks should have to reduce the people by a very small margin and also make more secure holsters for trash so that animals can’t get it and the wind can blow it away. We all know that there are problems in the There could be better more efficient ways to solve this problem, but I leave that up to you Mr/Mrs President.

National parks do help the environment on some degree, but we need to contribute as well. People that visit these places should be able to have fun and enjoy the environment. 300 million people, I think that we should be able to give back what we took. Remember the ecosystem that we destroy can’t take care of itself. Help us save the places that we love most.

wildlife ecotourists animal abuse
Published on Nov 4, 2016
Report a problem... When should you flag content? If the user is making personal attacks, using profanity or harassing someone, please flag this content as inappropriate. We encourage different opinions, respectfully presented, as an exercise in free speech.
East Junior High

School start times need to start later. There are many reason why it can be beneficial.

To many people die in gun related deaths. This needs to stop, so we need to enforce stricter gun control laws.

Though the government is trying, the amount of pollution still increases harmfully.

This letter addresses the problem of invasive species in Miami and how it has destroyed local habitats and ecosystems. If this problem is fixed, t...