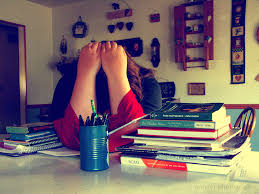 Common Core might be saying that it prepares student but it doesn't very well. According to Mary Clare Reim The “one-size-fits-all” national standards are underserving American children. It is nearly impossible, and does a great disservice to future generations, to demand uniformity and place restrictions on the classroom that assumes one “best practice.” Many American students are receiving the same thing as everyone else in their grade, which can be good and bad. The students that already fell behind can get ahead while the students that are ahead are bored out of their minds.

Public schooling is an issue, the teachers do not teach what certain students need, only the majority, which isn’t good at all. According to James Bascom “In the public school system, it is an open secret that teachers teach to the test. With teacher performance directly tied to test scores, few teachers will forego teaching what they know the Common Core puts on the tests.” This means that teachers are teaching correctly, but only the part of the education that is needed to pass the test, not what the students need to know.

People are frustrated with the common core standard, the constant amount of tests and the education the children are not getting is upsetting. Stan Karp said that “Students, parents, and teachers in New York schools responded to new Common Core tests developed by Pearson with outcries against their length, difficulty, and inappropriate content. Pearson included corporate logos and promotional material in reading passages. Students reported feeling over-stressed and under-prepared—meeting the tests with shock, anger, tears, and anxiety.” Children are tested on things that they do not understand, and have not been taught. Some people might say “Common core isn’t doing this, the children are refusing to learn” but that isn’t true, people are not taught, they are expected to know and therefore fall behind.

common core school
Published on Nov 4, 2016
Report a problem... When should you flag content? If the user is making personal attacks, using profanity or harassing someone, please flag this content as inappropriate. We encourage different opinions, respectfully presented, as an exercise in free speech.
East Junior High

While we sit here, pollution is slowly increasing and people are slowly dying off, it needs to stop or decrease dramatically.

School start times need to start later. There are many reason why it can be beneficial.

In the past few years, involvement has gone down with fine arts in our education system. I address the benefits to fine arts and why we, as a coun...

Keeping a balance between homework and free time is healthy for students.