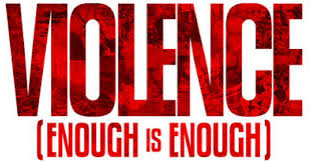 Violence is an issue in the U.S and you should rebuild the police academy and increase the police enforcements. Violence is an issue because 1.4 million people lose their lives to violence. 1 in 4 stude are bullied in the U.S and 64 percent of students don't report this issue to an adult or teacher. Violence is used to bully others and this is a huge issue. The problem is that people are fighting for no reason because they might be angry or they don’t like that person but people are dying and getting hurt because of their actions\choices, according to police website.

I think we can make our country better by stopping people from fighting and hurting and killing other people for no reason because that can be harmful to other people, and that can be dangerous because people are getting hurt because violence.The president got to stop this from happening in the future.

A lot of people solve problems with violence and they have to understand that not everything is solved with violence. Violence is nothing fun people lose their lives at a very young age. And parents cry because of someone that dies, some of those people are innocent, also little kids die too. Remove exemptions that let dangerous people carry guns near our children's schools! Enforce the laws we have and help keep people safe.

Thank you for reading this letter.

violence
Published on Oct 30, 2016
Report a problem... When should you flag content? If the user is making personal attacks, using profanity or harassing someone, please flag this content as inappropriate. We encourage different opinions, respectfully presented, as an exercise in free speech.
Health Science Middle School

We need more time in our hands!

Students have to wake up very early and rush to get to school on time.

A short video letter about homelessness.

There is a lot of school violence going on right now, and we need to find ways to stop it.

Domestic violence is a big issue not only in our country, but in other countries too. This issue impacts many people every year.

The Reason for Being Pro-Life

Abortion and undesired pregnancies are becoming more and more popular, and something needs to be done about it.