Colleges and Universities across America are getting quite expensive . Hundreds of thousands of young high school graduates and the rest of the minority are waiting on getting into a fine college. The cost for even attending college gets higher every year, even as students strive with paying for it. Research has claimed that over the last 20 years, both private and public has risen notably. A few examples on how schools in different sections operate, looking at statistics announced by prioritized departments [ schools] that were incorporated in issues of the U.S News best colleges ranking from 1995 to 2015:

Notwithstanding encountering the biggest increase, accompanying a General University as an in-state student is still the most inexpensive four-year college alternative on median.

Dollar quantity in this research have not been modified . For source, the entire purchaser price listing blowed up to increase from 1995 to the portion of 2015 was 55.1 percent, as stated by the U.S Bureau of labor statistics. So, tuition at four-year federal Universities is outpacing by a lot. The research I conducted from this was "http://www.usnews.com/cmsmedia/.

I believe that students should have college or University tuitions below their initial price. Why? Because over the past twenty-years the tuition prices have gone up notably. Furthermore, with the tuition charge being more affordable and available for students to go there ; more careers would be made, more businesses would replenish, more families would be satisfied, less homeless on the streets, and more money for the economy.b

The possibilities go on and on. This issue should be solved in the United States. I hope you see this and try to fix this important case. 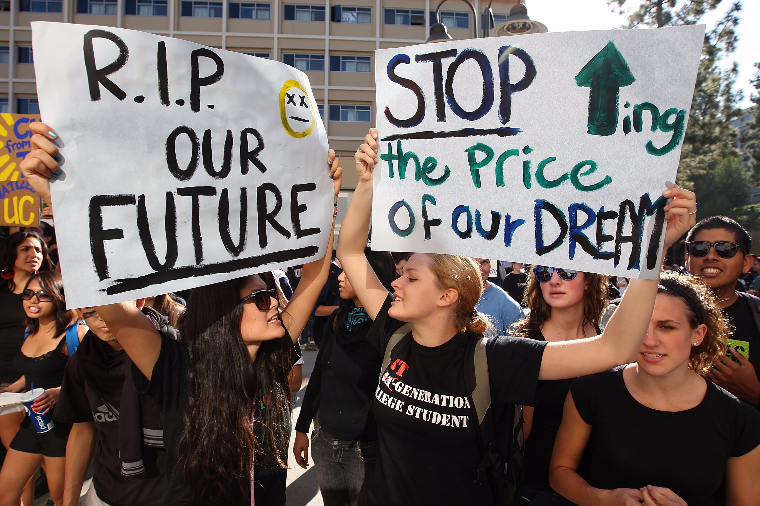 Education Costs
Published on Nov 4, 2016
Report a problem... When should you flag content? If the user is making personal attacks, using profanity or harassing someone, please flag this content as inappropriate. We encourage different opinions, respectfully presented, as an exercise in free speech.
Health Science Middle School

Students pay too much for college. Education should be accessible to everyone.