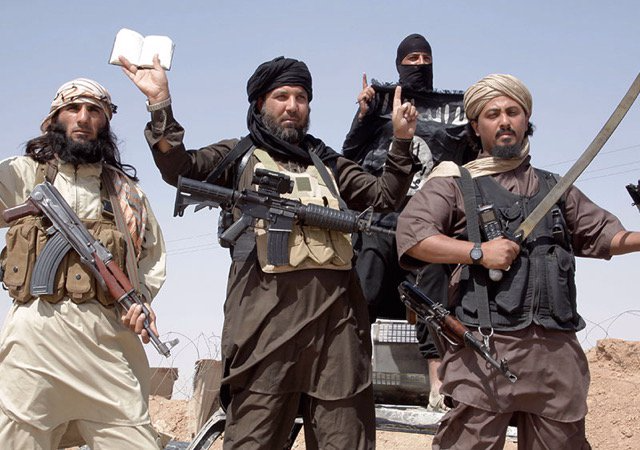 Terrorism is a problem in the U.S. Terrorist can attack us at anytime or anyplace unexpectedly. This makes our country unsafe and this problem should be consulted. You should rebuild the military and try to make it stronger. You should also try to make peace with the countries and terrorists that our country doesn’t get along with.

Trump believes that we should rebuild our military while Clinton believes that we should make our military stronger. I found this from http://www.google.com/webhp?sourceid+chrome-instan&ion=1&espv=2&ie=UTF-8#q=donald+trump+terrorist&eob=m.0cqt90//short .I agree with both of their point of views and I believe that you should make those changes. Terrorism has increased 80 percent between 2013 and 2014 according to https://letters2president.org/letters/1953 . 28,328 people in 2015 were killed by terrorist. This proves that terrorism is very dangerous and you should do something about it. There are so many innocent people that die from these attacks. On April 15, 2013 there was a twin bombing at a Boston marathon that killed 3 people and injured at least 264 people near the finish line. I found this information on https://letters2president.org/letters/760 .

Most people suspect that every Muslim they might see is or might be a terrorist. Because of this, you should spread more awareness for the people who are racist and to try and have more schools and teachers teach their students not to be racist. You should also teach them about labeling and how stereotyping is very negative. For example, those people who think that every Muslim they see is a terrorist causes more problems because it starts an even bigger situation with racism. And it’ll cause more conflict between Americans and terrorists.

According to, https://letterstothepresident.org/letters/760 it states that terrorist harm and kill many innocent people. It also states that about 2,997 people were killed at the world training center in September 11, 2001 from a terrorist attack. And in February 26, 1993, 5 people were killed and more than 1,000 people were injured from a bombing by terrorist and the Vista’s Hotel below the 2nd World Training Center building. This proves how terrorists attack people at random occasions. Terrorism is a giant problem that is growing rapidly and that is getting worse over the years.

There has been about 72,135 terrorist attacks worldwide from 2000 to 2014 according to https://en.wikipedia.org/wiki/terrorism . I want you to help save our society from terrorists and to help rebuild the military to make it stronger and able to fight off terrorists from attacking America. I also want you to reinsure peace with others who are against the U.S. This would help America become safer and less dangerous from terrorism. I’m hoping you’ll help consider my ideas on stopping terrorism. Thank you for taking your time reading my letter.

This is a letter addressing the problem of terrorism.

I wrote a letter to our next president regarding Isis in the middle east.

Take a Stand on Terrorism

Terrorism is a major threat that must be addressed.

We need to put a stop to terrorism.